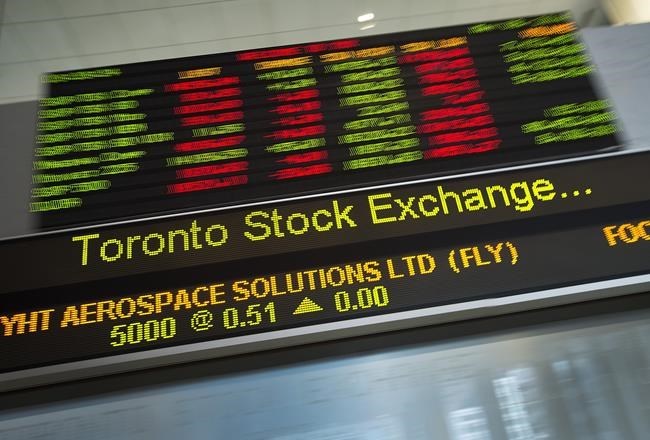 Pfizer Inc.’s chief executive said on Friday the company cannot request emergency authorization of its COVID-19 vaccine before the third week of November. The World Health Organization also released a study, which was not peer-reviewed, suggesting that remdesivir, hydroxychloroquine, lopinavir/ritonavir and interferon had “little or no effect” on whether or not COVID-19 patients died within about a month or whether hospitalized patients recovered.

“I think investors are taking vaccine-related news like the general population, and that's what a grain of salt. So every day, there's positive news. And every day, there seems to be certain setbacks with certain vaccines and certain therapeutics," said Nia.

“The reason for the underperformance of the TSX, relative to its global peers, I would attribute it to the first ‘P’: the pandemic. The numbers across Europe continue to worsen. In the U.S., they seem to be increasing, and that’s having an impact on oil prices."

The S&P/TSX composite index was down 62.28 points at 16,438.75. Energy and materials were among the weakest sectors at the Toronto Stock Exchange, where the energy subindex fell more than 1.5 per cent and gold companies fell nearly 1.5 per cent.

The December crude contract was down 12 cents US at US$41.12 per barrel and the November natural gas contract was nearly unchanged at US$2.77 per mmBTU.

With international hubs tightening restrictions, Nia said pared back tourism and business-related air travel could reduce demand for oil, as could the potential for fewer commuters if companies maintain remote working conditions. Now, regions are returning to lockdowns on restaurants and other activities that would draw drivers to the road,

Nia pointed to materials, including miners, as another cyclical sector dragged down by the pandemic.

Statistics Canada reported Canadian manufacturing sales fell 2.0 per cent to $52.4 billion in August. In the U.S., a report showed retail sales jumping 1.9 per cent in September.

“The primary one that investors would focus on is the retail sales number ... investors are going through this mental calculus right now,” said Nia.

“We think that the job gains are going to be tougher now, in terms of new incremental jobs. But the reason why retail sales was very positive today for the market, and I think is also one of the drivers of the S&P today, is that the individuals that have jobs today are obviously comfortable enough with their financial position to spend.”

In the U.S., Nia noted that past elections have introduced volatility into the stock markets and the upcoming U.S. presidential election is no different.

Going into the last quarter of the year, Nia said upcoming quarterly earnings reports from companies should guide investor expectations for the busy holiday shopping season.

“I think what's going to be very important is looking at those companies that are tied to the consumer, and seeing what type of guidance they're posting. The markets are forward looking, and we're looking now into basically the last three months of the year,” Nia said.

“That, I think, is going to be the primary driver of markets for 2021. Less policy, less political, more getting back to good old-fashioned days of fundamentals in earnings.”

This report by The Canadian Press was first published Oct. 16, 2020.

Canadian farmers have spring in their step from strongest commodity prices in years
May 16, 2021 8:00 AM