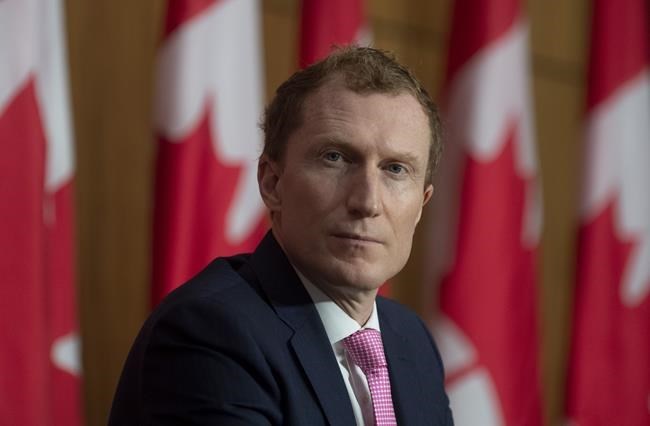 OTTAWA — Indigenous Services Minister Marc Miller has expressed his disgust over a video showing a security guard in a physical altercation with an Indigenous woman who was accused of shoplifting from a grocery store.

The nine-minute video posted on social media Wednesday shows a man, who identifies himself as a security guard, kneeling on the woman as he tries to handcuff her in the Saskatoon store's parking lot.

The woman, saying she threw the receipt for her purchases in the garbage, struggles with the man and at one point punches him in the face.

Miller said Friday that he saw a brief clip of the altercation.

"Equally disgusted, as any other video of the same nature that seems to pop up far too often," Miller said when asked about the video. "I hope that the full force of the law will be applied in this situation after a proper and due investigation.

"I have very few words that others haven't expressed."

Saskatoon police said they received a shoplifting call at the grocery store about 4 p.m. They arrived to find a 30-year-old woman being detained by a loss prevention officer.

Police said the woman refused medical treatment. She was taken into custody and charged with theft under $5,000 and assault.

The security guard had minor injuries and was treated on scene by paramedics.

Police have not said whether they are looking into the guard's response, but confirmed they are investigating what happened.

The owner of the FreshCo store, who is Metis and the father of two daughters, posted on Facebook that he was shocked and horrified by the altercation. He said the store has ended its contract with the security company.

This report by The Canadian Press was first published April 16, 2021

Note to readers: This is a corrected story. An earlier version quoted Marc Miller as referring to a "new" investigation