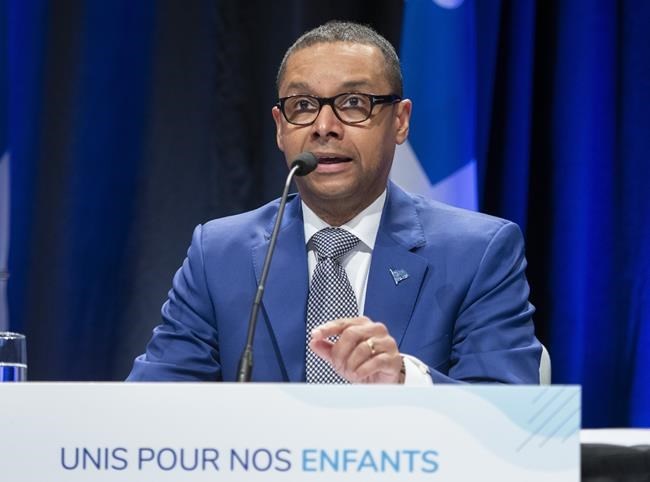 QUEBEC — The Quebec government is creating a committee of senior ministers to figure out how to implement recommendations from a report tabled Monday calling for changes to the youth protection system.

Junior health minister Lionel Carmant said Tuesday he will oversee the group tasked with reviewing the issues raised in the Laurent Commission report, which among other recommendations called on the government to create a charter of children's rights.

The commission headed by Regine Laurent, a nurse and former union leader, made 65 recommendations following a two-year investigation that was prompted by the death of a seven-year-old girl in Granby, Que., in April 2019.

"Rest assured that we will respond with diligence and rigour to the recommendations and that I will ensure regular followup," Carmant told reporters.

Among Carmant's priorities are an in-depth reform of the more than 40-year-old Youth Protection Act. That bill is expected in the fall, Carmant said, and will address some of the issues raised in the report.

Carmant said his other priority is prevention: implementing a proactive approach that would identify children before they end up in youth protection and lessen the pressure on an overtaxed system.

The report also recommended the appointment of a commissioner of child welfare and a deputy to look after Indigenous and Inuit children. It called for better access to English services across the province and fewer administrative tasks for social workers so they have more time to focus on children.

Carmant said there aren't any plans to hire more workers, noting there are still jobs that need to be filled.

He said several departments will be involved in the analysis including education, family, justice and labour. "The most important thing is to put the children and youth at the centre of this law," he said.

This report by The Canadian Press was first published May 4, 2021.

— By Sidhartha Banerjee in Montreal