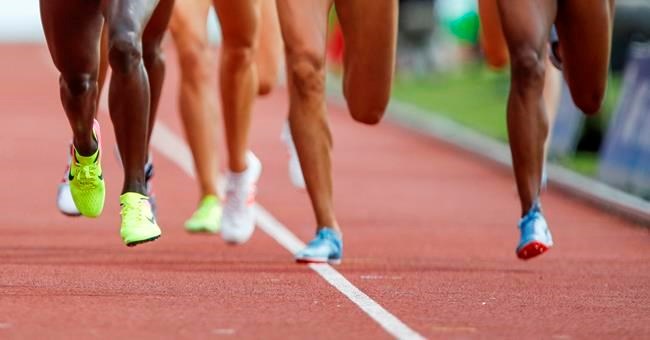 The open letter from the athlete council came two days after former student-athlete Megan Brown came forward in a Globe and Mail story alleging that Scott-Thomas, a former University of Guelph coach, groomed her for a sexual relationship when she was 17.

Athletics Canada said in a statement Saturday that the Globe and Mail report was "deeply disturbing," but claimed no complaint had been made directly to the national organizing body or its independent commissioner's office.

However, the Athletics Canada Athlete Council, which was founded in 2012 to advocate for athletes within Athletics Canada, said the organization failed to take action when Brown needed its help.

"This inaction and dismissal perpetrated a culture of disempowerment of sex abuse victims," the athlete council said in the letter. "Furthermore, the continued appraisal of Mr. Scott-Thomas, and denial of any wrongdoing on the part of (Athletics Canada), only reinforced his position of power over the victim(s)."

None of the allegations against Scott-Thomas have been proven in court.

The University of Guelph fired Scott-Thomas on Dec. 16 for unprofessional conduct. It released an apology on its website after the Globe and Mail article was published.

"The behaviour of Scott-Thomas is both shocking and disturbing," it said. "The University extends its apologies to all athletes, students and co-workers who experienced this behaviour."

Scott-Thomas was also a coach on 16 Canadian teams, including the 2016 Rio Olympics and the 2015 and '17 world track and field championships.

In a Jan. 9 statement on the school's news website, the university said it received a complaint in 2006 from a family member of a student athlete, and while an investigation didn't substantiate all of the allegations, it determined some misconduct had occurred and Scott-Thomas was suspended for four weeks.

The university received a complaint from another student athlete about Scott-Thomas last fall, and again retained an independent external investigator. Scott-Thomas was placed on paid leave pending the outcome.

During that investigation, the university received new information that "made it clear that Scott-Thomas had lied repeatedly in 2006 about several significant matters."

Scott-Thomas was fired as a result of that new information. The university said that had it been aware of this information in 2006, it "would have terminated its relationship with Scott-Thomas at that time."

Attempts by The Canadian Press to reach Scott-Thomas were unsuccessful.

Scott-Thomas led the Guelph Gryphons to 37 national titles in cross-country and track and field, and earned U Sports coach of the year in the two disciplines 35 times.

This report by The Canadian Press was first published Feb. 10, 2020.