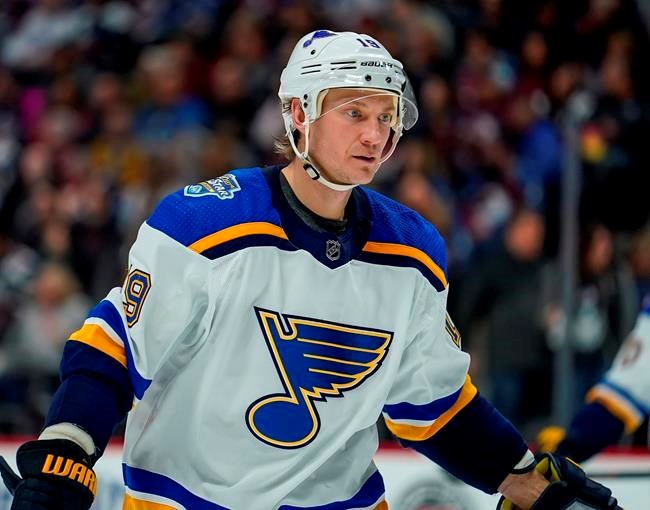 Jay Bouwmeester had surgery Friday to insert a defibrillator to restore his heart's normal rhythm after the St. Louis Blues collapsed on the bench during a game in Anaheim this week.

Blues general manager Doug Armstrong said the procedure was performed at the UC Irvine Medical Center. The 36-year-old Bouwmeester will be monitored by a team of specialists at the hospital until he is cleared to return to St. Louis.

Then Bouwmeester will be monitored by doctors at Barnes-Jewish Hospital and Washington University.

Bouwmeester had just completed a shift against the Ducks on Tuesday night when he collapsed on the bench. The veteran was unresponsive and doctors quickly used a defibrillator to restore his heart beat. Bouwmeester also regained consciousness before he was taken by ambulance to an Anaheim hospital.

Blues rule out Bouwmeester for remainder of season, playoffs
Feb 26, 2020 3:11 PM
Comments
We welcome your feedback and encourage you to share your thoughts on this story. We ask that you be respectful of others and their points of view, refrain from personal attacks and stay on topic. To learn about our commenting policies and how we moderate, please read our Community Guidelines.