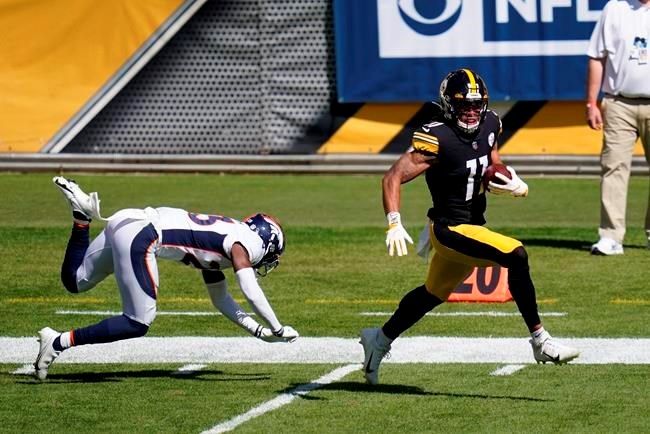 In just his second career game with Pittsburgh, the Steelers receiver had an 84-yard touchdown reception — the longest TD from scrimmage in league history by a Canadian-born player — in Sunday's 26-21 victory over the Denver Broncos.

Quarterback Ben Roethlisberger hit the Abbotsford, B.C., product with a rainbow down the left sideline that put the Steelers ahead 13-3 midway through the second quarter.

Claypool, picked in the second round of this year's NFL draft by the Steelers, was a big-play performer in college at Notre Dame.

When the NFL tweeted about his milestone TD on Sunday, Claypool responded simply: "Ohhhhh Canadaaaa."

This report by The Canadian Press was first published Sept. 20, 2020.

Rescheduled Canada Summer Games to be held Aug. 6 to 21, 2022, in Niagara Region
Oct 26, 2020 9:16 AM
Comments
We welcome your feedback and encourage you to share your thoughts. We ask that you be respectful of others and their points of view, refrain from personal attacks and stay on topic. To learn about our commenting policies and how we moderate, please read our Community Guidelines.