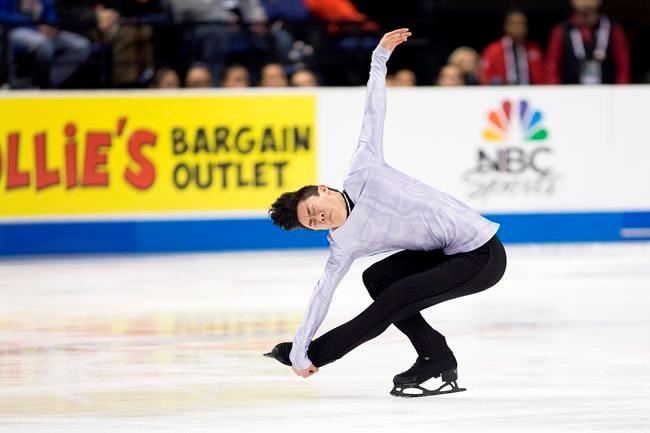 When U.S. figure skaters and a few foreigners training in this country kick off the season at Skate America this weekend, it could be a rare opportunity to display their wares.

So they will relish the chance to get on the ice for competition, knowing that two Grand Prix series events and the Grand Prix Final have been due to the coronavirus pandemic, and prospects of national and word championships being held are uncertain.

“Being an elite athlete during this unprecedented time has definitely presented its challenges,” says Mariah Bell, whose sensational free skate at the U.S. championships in January earned her a silver medal. "Right before the 2020 world championships were set to happen they were , which was disappointing given that myself — along with all the other athletes set to compete — had been training hard and were very excited.

“Not being able to have access to all the training time that we would usually have in the summer was difficult. I find solace in knowing that all of the athletes are in the same situation and know that what is going on in the world is far more important than figure skating. It is our job to do everything we can to keep ourselves and those in our communities safe.”

No fans will be allowed inside the Orleans Arena for the competition Friday and Saturday.

“I think at this point, with other competitions being understandably , anyone is grateful for any opportunity they can get their hands on,” Zhou says. "And just as with any other competition, the size or depth of the field and/or the circumstances shouldn’t change the fact that I need to be focused on my job and on being the best I can at the moment, taking things step by step and remaining in a good frame of mind.

“In Colorado we weren’t able to skate for maybe two months ... but we had soft openings for a very limited number of people earlier than some other places, probably. The biggest challenges for me have been staying fit and keeping my stamina up, being able to retain the pixel-perfect, so to speak, muscle memory required to do difficult elements. Overcoming these challenges just involves being patient and trusting in the process of finding the sweet spot again.”

That sweet spot could be difficult to recapture given how skaters' schedules have been upended by the COVID-19 pandemic. It's entirely possible Skate America will be the only significant competition in the 2020-21 season for these skaters.

“The skaters need to take every opportunity they’re given to compete and feel the vibe of competition,” says Johnny Weir, the three-time U.S. champion who will handle analysis of the event for NBC, NBCSN and the Peacock streaming service along with Tara Lipinski and Tanith White. "The skills you do in practice every day are important for your mentality and your standing in the skating world, but competition is an entirely different animal.

“I’m thankful for the skaters that YouTube and the internet exists because every time you put new material out there judges around the world are watching, as are your competitors, and these are important political steps in a judged sport. If you hide while many of your rivals are in the spotlight, you lose your advantage.”