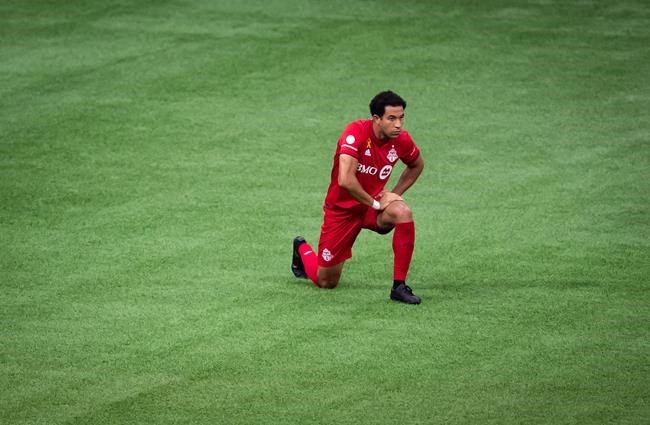 TORONTO — For Toronto FC captain Michael Bradley, diversity is part of what makes the city so special.

So the veteran midfielder was happy to hear Monday that his club is teaming up with the MLSE Foundation and Black Players for Change to launch a campaign called "Unite," aimed at raising money to provide young people with equal access to sports.

"This is another step along the way," he said on a video call.

Bradley has watched TFC defender Justin Morrow work in recent months to establish Black Players for Change, an organization of more than 170 players and staff from across Major League Soccer who are working to bridge the gap in racial equality.

The group's creation came as athletes around the globe spoke out about racial injustice after George Floyd, a Black man, died in May after a Minneapolis police officer had his knee against Floyd's neck for several minutes.

Black Players for Change has kept Morrow, the group's executive director, busy and watching how much effort he has put in has been "incredible," Bradley said.

“The way that they can do that and yet still manage to come every day ready to train and ready to play, that part is special," he said.

Black Players for Change are excited to team up for "Unite," Morrow said.

“The campaign fits perfectly into our fight for social justice and racial equality,” he said in a statement, noting that Toronto is the first MLS club to officially partner with the group.

"We will work together to use the funds from this campaign to foster change in the community for our generations to come.”

TFC has launched a new apparel collection to support Unite. The MLSE Foundation is also holding a 50/50 draw to raise funds for the campaign.

This report by The Canadian Press was first published Nov. 23, 2020.