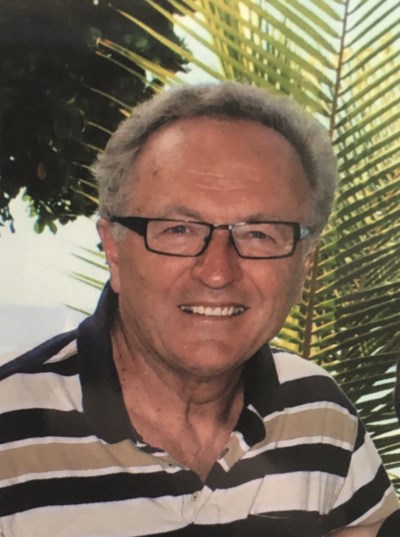 It is with deep sorrow that we announce the passing of Lawrence Diachuk. Born in Hylo, AB on Feb.2/43, he was raised on the family farm by his mother, Helen Diachuk and her parents (Irene & Theodore Sawchuk). These early years in northern Alberta fostered a deep love and knowledge of the outdoors and he spoke so fondly of those childhood years. After the family moved to Langley, BC in 1961, he graduated from Langley Secondary school and then completed his carpentry apprenticeship. He met Karen at their church in Langley and they married in 1968, raising their three girls in Langley.

Lawrence built many homes, churches and commercial projects, primarily in the Langley & Surrey area for most of his career and impacted many co-workers and tradespeople along the way. His main life passions were: fishing, hunting, travel, cooking and gardening. Lawrence was always noticing the smallest things in nature and sharing his enthusiasm for it with those around him.

He was widely known for his strong faith, work ethic and quality workmanship, zest for life, positive and cheerful disposition and love for adventure. These are gifts that he passed on to his wife and girls. He was a loving and caring husband to Karen for 52 years. They lived for a number of years in South Surrey before relocating to Kelowna last year. But primarily, he loved and served his Saviour until he was promoted to eternal life on April 20/21 in Kelowna, BC. He will be deeply missed by: his wife, Karen; daughters - Christy (Dave) deGreeff of Moncton, NB, Suzanne (Darrell) Fast of Surrey, BC and Allison (Tom) Millar of Kelowna, BC.; grandchildren – Brendan, Silas, Jasmine, Adalyn & Tate; brother – Paul (Iris) Diachuk; sister-in-law – Bev Scott and numerous cousins and aunts.

In lieu of flowers, donations may be made to “International Fellowship of Christians and Jews” (www.ifcj.ca).

“I am the resurrection and the life. The person who believes in me,even though he dies, will live.” - John 11:25