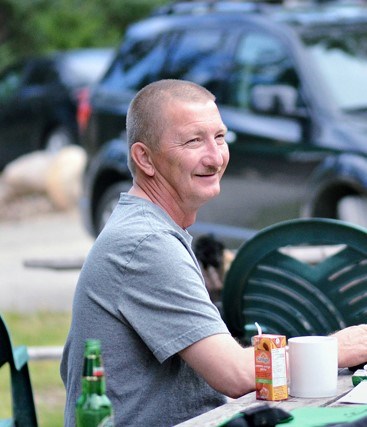 Michael (Mike) Armand Koziol, age 62, passed away after a short battle with cancer on February 25th, 2021. Born and raised on a farm just south of Fort Kent, Michael was a lifelong resident of the Bonnyville area. Much of his career was spent running heavy equipment as a member of the International Union of Operating Engineers (Local 955); consequently, he was no stranger to camp life in Fort McMurray. Despite being known as a friendly chatterbox, Michael actively avoided most social engagements that involved a crowd. He was incredibly thoughtful, would lend a helping hand to anyone, and was generous to a fault. Likewise, he was the most selfless father in the entire world! His retired years were largely spent puttering around his daughter’s home in search of things to repair, as well as desperately trying to keep up with his go-getting grandchildren. In fact, being “Grandpa” was the greatest joy of his life. Michael will be greatly missed by his daughter, April Koziol; grandchildren, Charlotte and Oscar; mother, Madeline Koziol; siblings, Linda (Dennis) Lohndorf, Edward Koziol, and Andy (Vera) Koziol; honorary family members, Bernadette Karas and Mike K; as well as numerous aunts, uncles, nieces, and nephews. In accordance with his wishes and current health regulations, a small gathering of immediate family was held in his honor. There will be no further services.