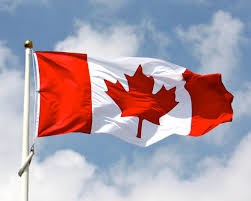 What it means and what it symbolizes are two different things, similar to what we think and what is fact.

The issue of the Canadian flag — and what it symbolizes — has been raised again in recent weeks.

Several months ago, as protesters and freedom rallies were rolling through communities and towards the nation's capital, the red and white maple leaf banner was waving proudly with them. Professing their ultimate patriotism, some wore it like a protective cloak, defending them from anyone who would question their reasons. To them, the flag symbolized their right to freedoms, to speak their mind, to amplify their narrative and to be protected under its cover.

To others, the flag symbolizes decades upon decades of governments that have ignored the pleas of the people it is supposed to represent. The Indigenous, the immigrant, the farmer, the oil worker, the murdered. To them, the flag becomes a target for distrust. They wave it as an accusation to draw attention to those who should do better.

And still, to many more, the flag symbolized a nation where hopes and dreams can flourish ... with work and dedication; where there is a foundation of unity and togetherness. To those people, the beliefs they hold — however idyllic — are what they want to feel when the flag is waving.

And that is the beauty — and the danger  — of living in a country where we are free to live our lives, for the most part, as we see fit. Under that red and white maple leaf flag, we are free to protest, to argue, to choose our beliefs.

It's not the flag that symbolizes threats or weakness, misguided notions, rally cries or undying loyalty. Only people can put emotion to a piece of painted cloth. And under the banner of the Canadian flag, we allow all of those people to be free.  That's what the flag means.