Opinion: How dare you alert me!

Alert creates expected emergency response from some Albertans
May 2, 2021 3:02 PM By: Rob McKinley
Previous Next
Expand 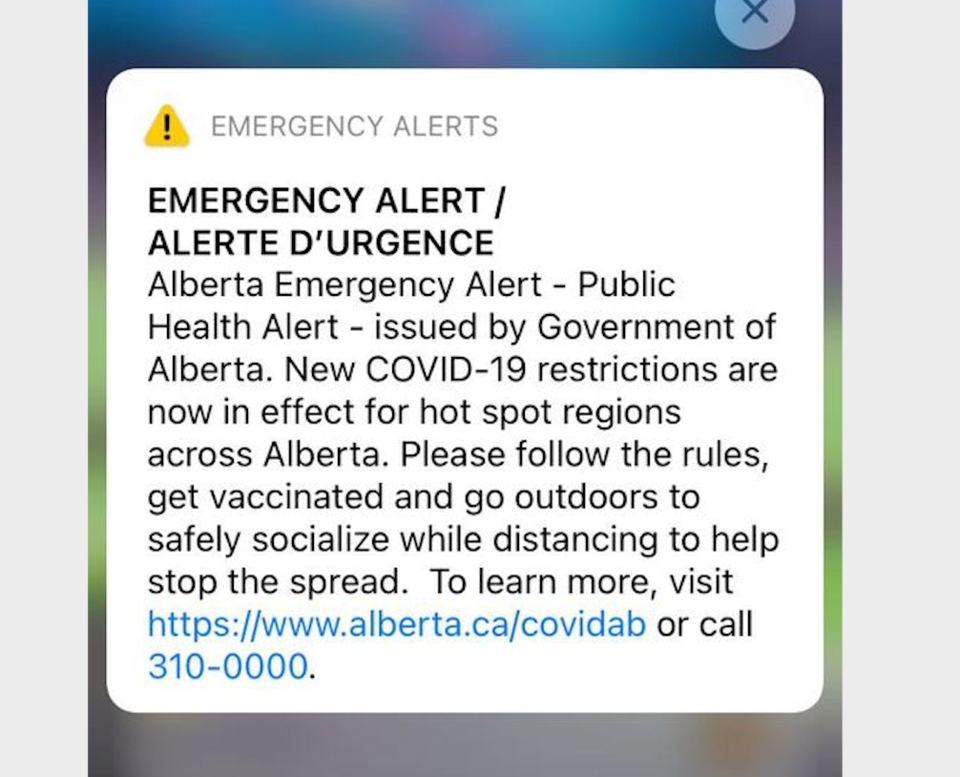 The use of the province's emergency alert system to alert the public has created backlash from some.

Last week's emergency broadcast about escalating active cases of the coronavirus in Alberta was alarming.

To see people gasping in shock that their phone's speakers blared an alert warning that wasn't about a tornado, an Amber Alert or an active shooter is comical.

It was an alert ... on an app called "Emergency Alerts" ... Seems about right.

Was it vital information that I needed to know at exactly that moment? If I was already sceptical of the pandemic measures, would I take special actions after hearing it? Or would I just think it didn't pertain to me and go about the rest of my day? When there is a parental child abduction in Regina or Lethbridge or Red Deer and the description says the direction of travel is not going to put me in any cross-paths, I don't pay as much attention.

Sure, it resonates with me. Sure I think it's important — but I'm not directly affected by it, so I accept it as information, and move on.

Why can't people just do that?

Now it has to be an issue. It has to be part of some over-arching conspiracy or factless counter-point.

Government's can't get it right, it would seem — but neither can their detractors.

The truth is that no matter what the information in last week's alert was, or how you felt about it, you were alerted.

Done. Move on. Stop waving your protest signs to suit the situation.

But it's not that easy is it? It's hard for some people to trust, or accept, or just to ignore. So to those who can't decide each morning they wake up if they want to complain about getting more from their government or complain about getting less from their government — here's an ALERT for you: Not everything is about you — so stop trying to find any excuse to make everything fit your narrative. You're not helping an emergency, you're selfishly creating your own.