Trying to eat the book is an early literacy skill

The only thing more embarrassing than explaining to the librarian that the reason you want to replace Anne of Green Gables is because your dog ate it; is coming home from Beavers a week later to see a second copy of the beloved tome shredded on the l
Oct 16, 2018 11:55 AM By: Meredith Kerr

The only thing more embarrassing than explaining to the librarian that the reason you want to replace Anne of Green Gables is because your dog ate it; is coming home from Beavers a week later to see a second copy of the beloved tome shredded on the living room floor. 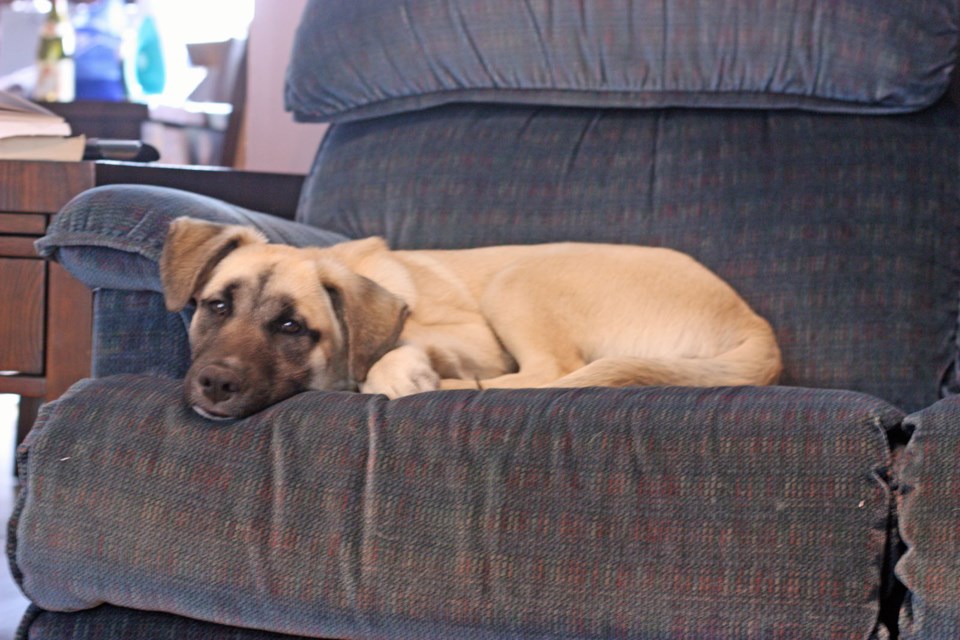 The first time it happened, it was easy enough to blame myself. I had left the book on the end table beside the couch, which Bear, a four-month-old German Shepherd-Great Pyrenees cross, frequently slept on. The second time, I had taken special care to remove all temptations and put Anne and The Hobbit on the kitchen counter, safely out of reach. Bear hasn’t developed the same level of appreciation for Tolkein; The Hobbit was left untouched.

According to Lynoya Henderson of the Family Literacy Program, “trying to eat the book is an early literacy skill.” That’s one of the things she said when I was taking my then six-month-old daughter to Board Books for Babies at the library every week. At the time, I laughed about how if she was able to eat the book she could absorb its power and be that much further ahead in her language development.

Sadly, Bear does not appear to have absorbed any of Anne’s extensive vocabulary.

I on the other hand have absorbed all the wisdom the first three pages of Google results had to offer on destructive chewing.

Since my puppy is only four months old, the most likely root cause is that like my daughter, he too suffers from teething. Unfortunately, the only consistent advice available was to redirect him to an appropriate thing to chew on, not exactly helpful if I'm not home to catch the behaviour.

The second, equally as likely, root cause is that this 43 pounds of beast needs more exercise. He gets walked three times a day, but the total time spent walking and jogging is likely closer to one hour than the two recommended. For this, we've enlisted the help of a local trainer to teach us how to teach him not to pull on the leash when we walk, in the hopes that if his leash manners improve our enjoyment of the walks will also and they'll naturally lengthen. We're working on fetch too, but it's kind of a toss up whether he retrieves the ball, plays keep away with it, or stands over it looking at me like I'm stupid.

Other causes of destructive chewing are boredom and anxiety. The Classic Kong, the knotted rope, the mesh critter concealing the empty water bottle, anything with a squeaker in it, and of course a ball were the top five recommendations for puppy entertainment. (Three of the five were easily accessible to Bear when he made his assaults on Anne. It may be the challenge of reaching her was what made her so much more appealing than the dog toys.)

If separation anxiety is the issue, it can be resolved by not making a big deal of leaving and coming back. "No touch, no talk, no eye contact," according to TV "Dog Whisperer" Cesar Millan. He also recommends leaving an audiobook playing, but what if Bear doesn't like the reader and goes after the CD player next?