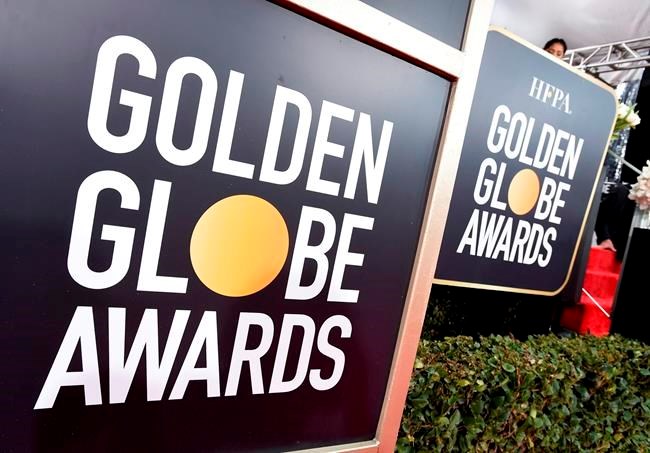 NEW YORK — The Golden Globes will accept movies submissions without a theatrical release for the first time due to the coronavirus pandemic, the Hollywood Foreign Press Association announced Thursday.

The press association, which puts on the annual award show, said films that are first released on television or a streaming service will be eligible for January's Globes. Usually, the Globes mandate that a film play for a week in a Los Angeles or on pay-per-view, as well as have an official screening for its voting members.

The press association said the eligibility change was temporary and would last from March 15 to April 30, “with this period subject to later review and extension.”

The Academy Motion Pictures Arts and Sciences have yet to announce a similar move. The Oscars specify that a film must have a seven-day run in a commercial Los Angeles County with at least three screenings a day. That rule has for several years come under scrutiny because of the rise of streaming services that would sometimes prefer their films went straight to paying subscribers.

The film academy last week said it was “evaluating all aspects of this uncertain landscape.”

With most movie closed nationwide — including all of those in Los Angeles — numerous films are forgoing a theatrical release and going straight to streaming or on-demand. On Wednesday, a film widely expected to contend for best documentary awards later this year — “Crip Camp: A Disability Revolution,” which won the audience award at the Sundance Film Festival — premiered on Netflix after its planned release in select .

The 78th Golden Globes are to be hosted next year by Tina Fey and Amy Poehler.

Trump signs $2.2T stimulus after swift congressional votes
Mar 27, 2020 9:03 PM
Comments
We welcome your feedback and encourage you to share your thoughts on this story. We ask that you be respectful of others and their points of view, refrain from personal attacks and stay on topic. To learn about our commenting policies and how we moderate, please read our Community Guidelines.