In hard-hit Peru, worry mounts over both COVID-19 and dengue 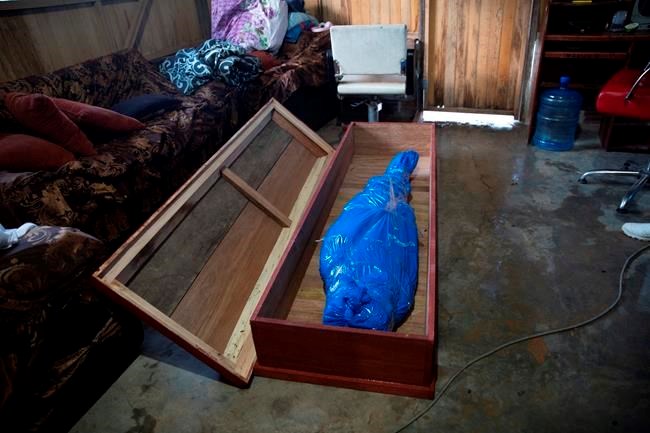 The 53-year-old woman lives in a wooden house near the airport of a Peruvian city in the Amazon rainforest. City fumigators usually visit several times during the rainy season to eliminate the pests, but this year, because of the pandemic, they were absent.

When she went to a hospital after coming down with a fever and body aches, doctors delivered a double diagnosis: COVID-19 and dengue.

As Peru grapples with one the world’s worst SARS-CoV-2 outbreaks, another virus is starting to raise alarm: dengue.

Health officials have reported over 35,000 cases this year, concentrated largely in the Amazon. The rise comes amid an overall dip in the number of new daily coronavirus infections, though authorities worry a second wave could strike as dengue cases rise.

In the city of Pucallpa, where Choque lives, doctors say they are already encountering patients with both illnesses. Two physicians said dengue symptoms like fever and muscle aches tend to dominate, though the combination with COVID-19 can prove deadly.

“There is more risk,” said Dr. Rosmery Rojas, a physician at a public hospital she said is seeing 120 dengue patients a day.

The Ucayali region located along a muddy river has long seen periodic dengue outbreaks, though Rojas and others said this year’s figures are already three times that seen in 2019. Throughout the Americas, there were more than 3.1 million dengue cases last year, the highest number on record, according to the Pan American Health Organization.

The Americas branch of the World Health Organization reports there has been an overall decrease in a dengue cases during the pandemic — with a little more than 2 million recorded so far this year, including 845 deaths. Nearly 1.4 million of those cases have been in Brazil.

It is unclear whether the reduction is related to COVID-19, though a spokeswoman said public health measures aimed at preventing the new virus may have played a role.

Nonetheless, in the Peruvian Amazon a mounting number of dengue patients are filling hospital beds that months before were overwhelmed by COVID-19 patients. Some, like Choque, are told they have both illness when they arrive at the hospital.

Dengue is a mosquito-borne disease also known as “breakbone fever” for its severely painful symptoms. Southeast Asian countries like Singapore and Indonesia have also dealt with dual dengue and virus outbreaks this year as lockdowns put prevention activities on hold.

Dengue is not usually fatal but severe cases can require hospitalization. Removing trash, old tires and other objects containing standing water can help curb the disease – actions officials in Peru are now carrying out in hopes of quashing the uptick in dengue cases.

Choque said she went to the hospital after her symptoms didn’t go away. A rapid virus antibody test — which can indicate a prior infection — came back negative, but a doctor saw spots on a chest X-ray that led her to diagnose COVID-19. The mother of three is still skeptical of whether she had the virus.

She stayed nearly two weeks in a ward with eight female dengue patients, riddled with anxiety over her condition.

“I felt desperate,” she said.

Looking back, Choque believes the absence of fumigation likely contributed to her coming down with dengue. She set up cans filled with lit charcoal and dried eucalyptus leaves to drive the mosquitos away, but she said they were still rampant when she fell sick.

Police block Warsaw march against abortion ruling, force use
Nov 28, 2020 12:58 PM
Comments
We welcome your feedback and encourage you to share your thoughts. We ask that you be respectful of others and their points of view, refrain from personal attacks and stay on topic. To learn about our commenting policies and how we moderate, please read our Community Guidelines.