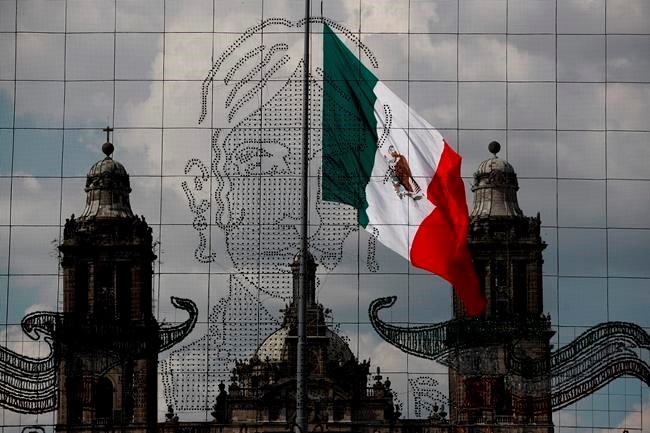 A financier and intelligence gatherer for Mexico’s independence struggle two centuries ago, she broke gender barriers and publicly refuted an allegation that she made sacrifices for her country to win the man she loved.

As Mexico marks its independence holiday on Wednesday, the anniversary of revolutionary leader Miguel Hidalgo’s 1810 call for freedom from Spanish colonizers, some academics and activists think Mexico has yet to fully embrace Vicario and her forward-thinking positions on equality.

She didn’t command rebel armies or die by execution like Hidalgo and successor José María Morelos. But Vicario challenged not just foreign rule, but also a society that deemed women unworthy of public roles.

This year, Vicario is in the official spotlight, even as Mexico endures high rates of violence against women and other contemporary afflictions.

On Aug. 21, a bronze statue of Vicario, fists on hips, was unveiled on the Paseo de la Reforma, a major Mexico City avenue. While Vicario also got a state funeral in 1842, her name is inscribed in Mexico’s congress building and a town is named after her, some say more is needed.

“Incorporate her into textbooks, make her story reach young people by every means possible,” said Celia del Palacio, author of the historical novel “Leona” and a researcher at the communications and cultural studies at the Universidad Veracruzana, a Mexican university.

Vicario was born in Mexico City in 1789. She studied widely at a time when such an education was mostly denied to women, including those of means. Her parents died in 1807, leaving her a fortune with which she funded rebel activities. Spanish authorities discovered her secret role. Vicario fled, ended up on trial, escaped, had her property confiscated, married independence figure Andrés Quintana Roo and had children, and returned to Mexico City in 1820 as crown authority crumbled.

After independence, a newspaper published her rebuttal to politician Lucas Alamán, who suggested Vicario campaigned against Spain to win the affection of Quintana Roo.

Love is not the only “motive for the actions of women,? she wrote in 1831.

Vicario said her “actions and opinions have always been very free, absolutely nobody has influenced them, I’ve always operated with total independence on that point, and without catering to the opinions of people I have respected.”

She continued: “I think all women are like that, except for the very ignorant, or those who have become subservient because of their education. In both those groups, there are also a lot of men.”

Historical documents testify “to her spunk and downright defiance in the face of authorities’ attempts to control her or to tarnish her image,” said Amy Wright, an associate professor of Hispanic studies at Saint Louis University in the United States.

In standing up for herself, Vicario was “perhaps considered unworthy of emulation,” and that dynamic circulates in many societies today, according to Wright.

“How accepted is it for a woman to be openly defiant, to speak back loudly to authority?” she said.

Mexico’s official tributes to Vicario coincide with continuing anguish. Activists occupied the office of Mexico’s Human Rights Commission this month to call for more investigations and prosecutions in cases of abused and missing women.

President Andrés Manuel López Obrador says he welcomes legitimate concerns, but that political opponents are behind some protests.

Gutiérrez Müller said Vicario “risked everything” for national independence. She also compared Vicario’s donations to rebels with recently released videos showing a brother of López Obrador receiving money years ago from an official. The president says the money was for his political movement and there was no corruption.

Activist Verónica Cruz, who has helped women imprisoned for having abortions, said the government is hostile toward some female campaigners and that its showcasing of Vicario is “politically correct.?

In a progressive 1910 biography marking Mexico’s independence centennial, intellectual Genaro García countered perceptions of Vicario as an accessory to male independence leaders and said Mexico had not sufficiently her.

The new statue inscription describes Vicario as a journalist, though there is little evidence to support that. Del Palacio, the historical novelist, said Vicario is known to have sent information to insurgents, but that she could not find a “trace’’ of Vicario in the era’s insurgent publications, which tended not to carry bylines on articles.

Del Palacio speculated it was difficult for conservative generations to embrace the roving, outspoken Vicario. She said another defiant figure, Josefa Ortiz, has been widely presented as “a woman who performed a heroic act from a domestic space,” warning rebel conspirators, led by Hidalgo, from her home about a colonial crackdown.

“Leona has a lot to keep teaching women and men,’’ said del Palacio, listing three things: Don’t conform, don’t give up during adversity and confront power.