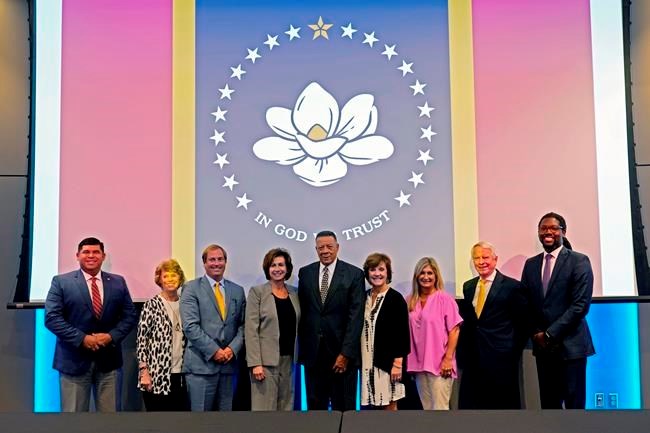 JACKSON, Miss. — The Mississippi Historical Society is several scholars and groups, including a commission that designed a new state that voters adopted in November.

The society presented awards during its annual meeting Friday.

The lifetime achievement award went to retired professor Alferdteen Harrison, who co-founded a Black history museum in the capital city of Jackson. She was for her scholarly research and preservation of Mississippi history, the society said in a news release.

Harrison was president of the society in 1991 and is former director of the Margaret Walker Alexander Center at Jackson State University. She helped found the Smith Robertson Museum and Cultural Center and is now working to preserve the Scott-Ford House in Jackson’s Farish Street Historic District.

Awards of Merit were presented to several groups, including a commission that designed a new state flag that features a magnolia surrounded by stars and the phrase, “In God We Trust.” The commission was created when legislators voted in June to retire the last state flag in the U.S. that featured the Confederate battle emblem.

The award for the best Mississippi history book of 2021 went to “Steeped in the Blood of Racism: Black Power, Law and Order, and the 1970 Shootings at Jackson State College,” by Nancy Bristow. She is a professor and chairwoman of the History Department at the University of Puget Sound.

Robert Luckett, historian and current director of JSU's Margaret Walker Alexander Center, received the Journal of Mississippi History article of the year award for “James P. Coleman (1956-1960) and Mississippi Poppycock." It was published in the journal's spring/summer 2019 issue.

Theresa Moore, who teaches fifth and sixth grades at Sacred Heart Catholic School in Hattiesburg, received the Teacher of the Year award.