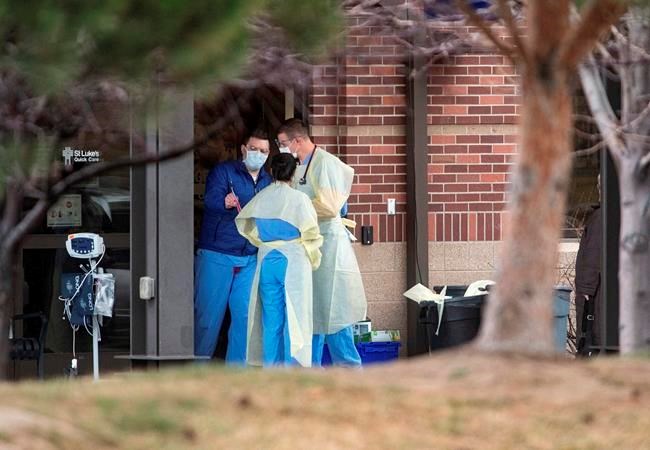 BOISE, Idaho — A scenic Idaho county known as a ski-vacation haven for celebrities and the wealthy has a new, more dubious distinction: It has one of the highest per-capita rates of confirmed coronavirus infections in America.

Numbers from Johns Hopkins University on Friday show that with more than 80 confirmed cases of COVID-19, the illness caused by the coronavirus, Blaine County has the highest rate of cases outside New York City and its surrounding counties.

The numbers themselves are far smaller in the Idaho region than in New York City but still dire for residents. At least 14 of the cases in the rural county of roughly 22,000 people involved health care workers, and at least two people have died from COVID-19.

The county includes tony Sun Valley Resort and draws skiers and outdoor enthusiasts from around the world. It’s also known as a celebrity getaway, thanks in part to its history of famous second homeowners and vacation regulars including Ernest Hemingway, Bruce Willis and Demi Moore, Tom Hanks and Rita Wilson, Arnold Schwarzenegger and others. During ski season, roughly 30,000 people land at the county airport.

Other popular vacation destinations have also been hit hard by the coronavirus. The ski resort town of Park City, Utah, has also had high per-capita infection rates, and health officials in Colorado are warning that small communities near several ski resorts simply don’t have the resources to treat patients. Hawaii’s governor earlier this month asked tourists to stay away for 30 days.

Neil Bradshaw, the mayor of Ketchum, Idaho, said his town is hoping for the first time in history that tourists stay away.

“We are very much a rural community, but we’re also an international community. We’ve had a continual flow of people in and out,” he said earlier this month, just after state officials issued a stay-at-home order for the county. Idaho Gov. Brad Little has since expanded that order statewide in hopes of slowing the spread of the coronavirus.

“We’ve always prided ourselves on providing a vibrant community,” Bradshaw said. “We’ve gone from being a vibrant town to a ghost town.”

The county's small Wood River Medical Center has been partly hobbled by the virus and sick workers. It has just two intensive care units and one ventilator. Hospital officials have had to close much of the facility while leaving open its walk-in clinic, outdoor coronavirus screening tent and emergency department, hospital spokeswoman Joy Prudek told Boise State Public Radio.

The hospital is part of a larger health system with operations in several cities in Idaho, so health care workers have been brought in from elsewhere to replace the sick workers. Patients can also be transported to larger facilities in Boise or Twin Falls if needed.

Judge: $750K bail for 3 ex-officers accused in Floyd's death
Jun 4, 2020 1:04 PM
Comments
We welcome your feedback and encourage you to share your thoughts. We ask that you be respectful of others and their points of view, refrain from personal attacks and stay on topic. To learn about our commenting policies and how we moderate, please read our Community Guidelines.