African Lake Trail to be shared by hikers, OHV operators

The MD of Bonnyville has entered a road licensing agreement with the City of Cold Lake in relation to the African Lake Trail.
Jun 20, 2021 8:30 AM By: Meagan MacEachern 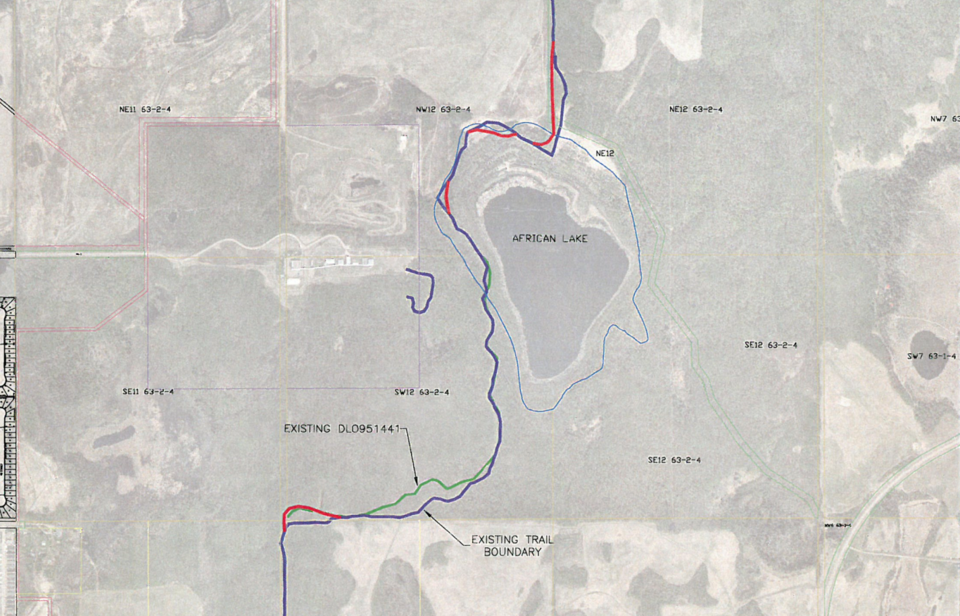 The MD of Bonnyville have agreed to enter a road licensing agreement with the City of Cold Lake in relation to the African Lake Trail. File Photo

COLD LAKE - Those walking, hiking, and biking the African Lake Trail will need to make room for additional users.

The City of Cold Lake has taken over the trail, and has decided to designate the route for Off-Highway Vehicle (OHV) use as a way of connecting the south and north ends of the city.

Last summer, Cold Lake and MD staff jointly inspected portions of the African Lake Trail and determined "that the use by OHVs has significantly damaged the trail to the point where restoring the trail for its original purpose as a hiking or biking trail would be prohibitive," a letter addressed to the MD of Bonnyville from Cold Lake CAO Kevin Nagoya details.

It continues to explain the challenge of keeping OHVs off of the trail in the first place.

According to the letter, "a portion of the trail falls within Crown Lands that surround African Lake under a disposition with the Government of Alberta."

In order to access those Crown lands, the trail follows undeveloped road allowances, some of which are owned by the MD of Bonnyville.

During the MD's committee meeting on June 16, council agreed to license the road allowance to the city for OHV use for a three-year term. Once the agreement has run its course, it will be back before council for renewal, explained General Manager of Planning and Community Services Caroline Palmer.

"It's a general concern that you start with a general hiking and biking trail and then OHVs destroy the trails, that's what happened here," Coun. Dana Swigart expressed. "They want to open it up to OHVs, so it's no longer biking and walking because... it's all torn up."

Reeve Greg Sawchuk said from his understanding, the city is trying to drive OHVs off of the Millennial Trail and onto the African Lake Trail.

"They don't want those ditches wrecked, they would rather get them off of the main corridor," he detailed.

Council agreed to allow the city to use the road allowances for a three-year term with the issue coming back to council once the license has expired.