BRFA battles fire in town over the weekend 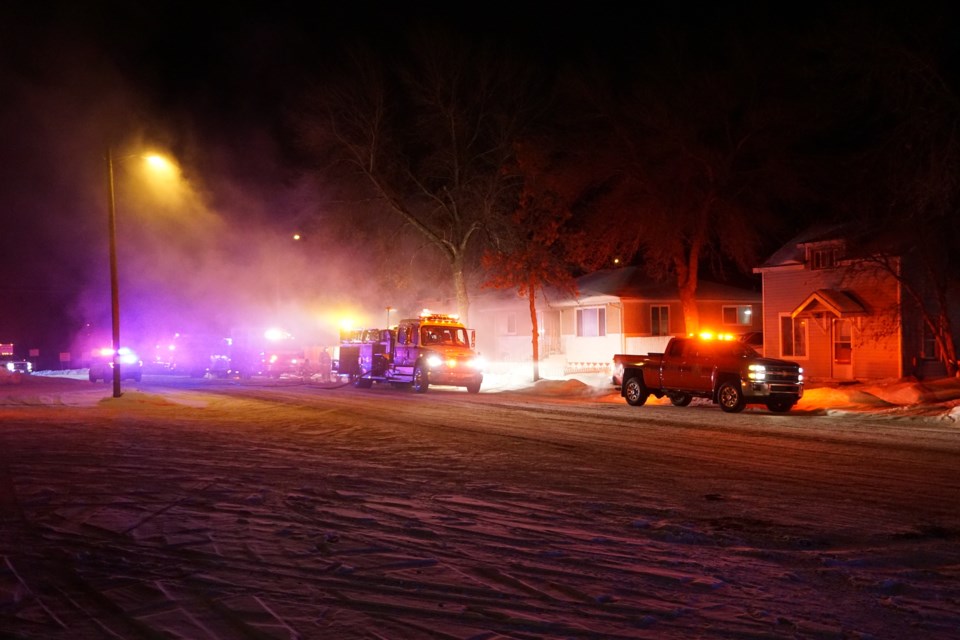 Firefighters battled a blaze in the Town of Bonnyville for over three hours on Saturday, Feb. 20. Photo by Darrin Deryck.

BONNYVILLE – Emergency crews responded to a fire that kept them busy for a couple of hours over the weekend.

Bonnyville Regional Fire Authority (BRFA) fire chief Jay Melvin confirmed a call came in on Saturday, Feb. 20, about a structure fire at 4904 51A St. in the Town of Bonnyville.

“We responded with members from Station 5 of the BRFA to the residence,” Melvin explained. “Upon arrival, there was smoke (coming) from the residence with a confirmed fire in the basement residence.”

"Nobody was hospitalized,” Melvin noted, speaking about both emergency responders and residents of the home.

A primary fire investigation was completed by Melvin and he determined that the origin of the fire was in the basement apartment "in or around the kitchen area."

“There was some smoke damage to the upper residence and the building was secured and turned over to the homeowner. We’re just waiting for the insurance investigator to meet with me today (Feb. 23) to go through the residence. But, the members of the residences weren’t permitted back into the home and they were, through RCMP, got into contact with Bonnyville Victim Services Unit (VSU) for support while we got the scene investigated and then turned back over,” detailed Melvin.

He stressed the importance of having working smoke detectors and carbon monoxide detectors in the home.

“It’s extremely important these are tested and in service. Anything over 10 years should be removed from service and a new one put in. They can be purchased anywhere here in town from local vendors.”

Melvin couldn’t confirm if the smoke detectors in the home that caught fire over the weekend were working at the time of the incident.