The votes are in. Dave Hanson has won the United Conservative Party (UCP) candidate race for the Bonnyville-Cold Lake-St. Paul constituency. "I'm ecstatic, actually, and it's a relief.
0
Sep 13, 2018 5:56 PM By: Robynne Henry 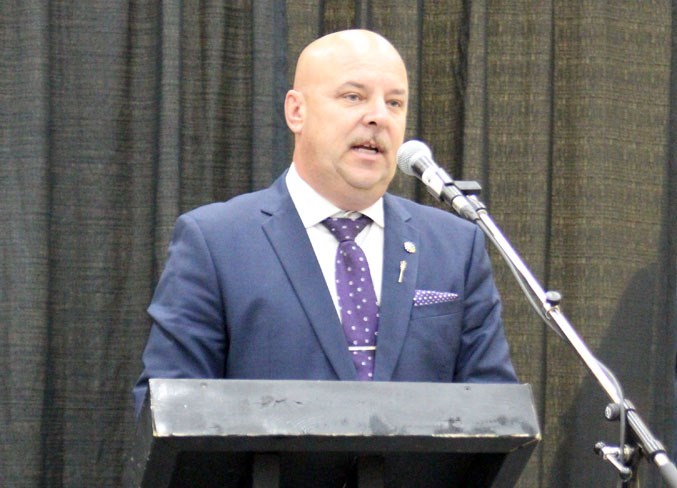 Dave Hanson has won the UCP nomination for the Bonnyville-Cold Lake-St. Paul riding.

The votes are in. Dave Hanson has won the United Conservative Party (UCP) candidate race for the Bonnyville-Cold Lake-St. Paul constituency.

"I'm ecstatic, actually, and it's a relief. It's been a long haul since June and a lot of work for myself, my wife, and my team," Hanson told the Nouvelle. "It's always good to get to the end, and I commend the other candidates for a job well done, hard work, and keeping it clean."

President of the Bonnyville-Cold Lake-St. Paul UCP constituency Ron Young said the voting process was hectic, but there was a excellent turnout.

"That's a tiny bit higher than 60 per cent of the members, and that's always a good thing when you get that high of a turnout," Young explained.

It was an exciting voting process, and Young noted he wasn't expecting the results to unfold the way they did.

"The surprise for me was I expected that someone would win on the first ballot. The fact that it went to the second ballot is, I think, a good thing, because it tells Dave exactly what he has to work on as the new MLA to ingrain himself to people."

The local UCP association wanted to have their nominee chosen as soon as possible, to give them time to rally the constituency behind someone for fundraising ahead of the next election.

"The longer you put off the nomination project, the harder it is to do things," Young detailed.

Hanson hit the ground running after he won, starting his campaign the day after the results were announced.

"We were out visiting people in the constituency (Thursday), and I'm going to spend a couple of hours with my granddaughter once we're finished," he detailed.

Officially in the running for MLA, Hanson's looking forward to meeting people during the upcoming campaign, and said "door knocking can be very rewarding."

He believes his experience as Lac La Biche-St. Paul-Two Hills MLA will make him a good candidate for the area, along with his background of 40 years in the oil and gas, construction, and farming sectors.

He said, "I think I'm the right man for the job. My experience both in the legislature and in my work, I think are going to be very helpful in representing this area properly."

He has high hopes for the MLA race, and he's "going to make sure it's a good run" by working hard.

Hanson received congratulations from fellow nomination candidates, Craig Copeland and Glenn Spiess, and plans to touch base with them in the future.

"I'd just like to thank my opponents for a clean and fair nomination process."

UCP leader Jason Kenney released a statement congratulating Hanson as the most recent candidate to secure a spot with the party.

"First elected as MLA for Lac La Biche-St. Paul-Two Hills in 2015, Dave has served his constituents and all Albertans with skill and integrity. As the UCP Caucus Indigenous Relations Critic, he has been an effective advocate for Indigenous communities across Alberta. I am pleased to know Dave will continue to be an integral part of our United Conservative team."