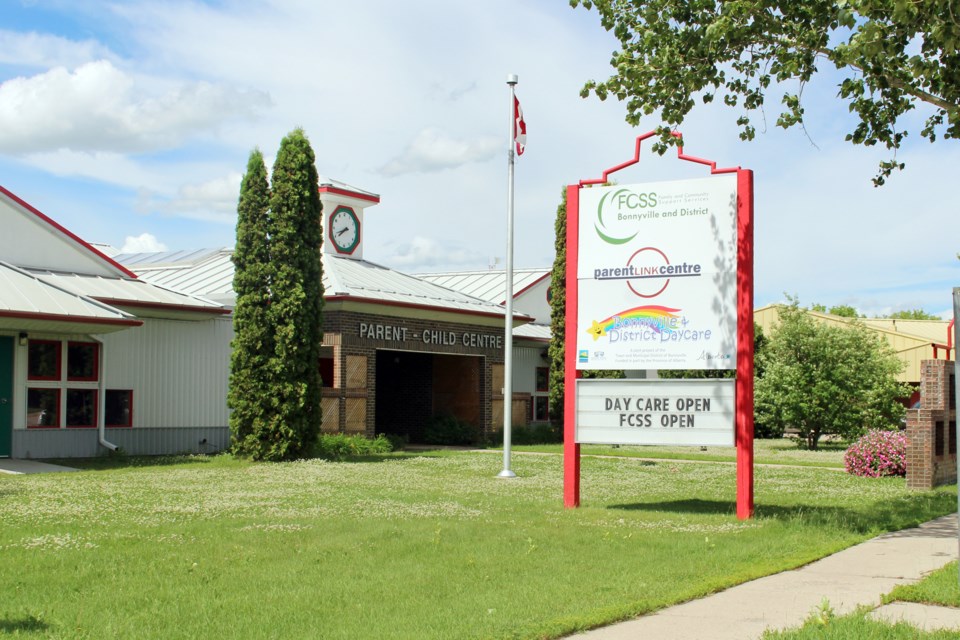 The Lakeland Family Resource Network replaces the former Parent Link program. The hub in Bonnyville is based out of the FCSS building. File photo.

BONNYVILLE – The new Lakeland Family Resource Network (LFRN) is starting to take shape, offering programs and services for youth and parents across the region.

Bonnyville was chosen as the hub for the LFRN, which encompasses St. Paul, Cold Lake, and the communities in between, known as spokes. The new model was introduced to replace the former Parent Link programming.

Rhonda Miron, interim hub coordinator for the LFRN, explained one of the organization's roles is to point people in the right direction.

“My job would be to take the referral and then find the best spoke that would match the referral coming in. I would just give the information and send the referral off to the proper spoke or whatever community agency would best assist and help,” Miron explained.

The provincial government has funded the area for caregiver capacity building, which Miron said focuses on caregiver supports.

“Bonnyville, Cold Lake, and St. Paul have caregiver programming through the FCSS as part of the Family Resource Network and each community will have something slightly different but they’re going to have parent programs and supports,” Miron detailed. “We’re still building what that will look like, and then in addition, the Native Counselling Services of Alberta have a spoke as well and they’ll be offering more in-home support for families, so more intensive supports.”

Miron noted the network’s goal is “to provide support and information for parents and caregivers to increase parent/caregiver confidence through honouring the family culture, and build on family strengths to promote wellness and resiliency."

The provincial government announced in November 2019 they would cease funding 450 family support grants, totalling $75-million, which included Parent Link and the Early Childhood Coalition. In its place, the Family Resource Network was implemented.

“Parent Link was more universal programming and focused on children zero to five,” Miron recalled. “LFRN is focused on zero to 18, and in our Lakeland area, it’s focused more on parents, and parents versus early childhood and child development.”

Due to COVID-19, Miron said the development has been a slow process.

“We’ve been having to be innovative and creative in how we’re offering programs because we’re not offering them in a traditional way we normally would in person or groups. I think that’s impacted how we can deliver, which will then impact what it will look like.”

She added, “With any new program, it's still developing and we’re still learning about what we want it to look like. That’s why it’s been a bit hard, and COVID-19 put a damper on moving it ahead quickly.”

A selection of programming has already been announced, including Kids Have Stress Too and the Family Room.

The Parent Wellness Compass will also be happening every Wednesday afternoon in August.

“It’s a program on how to balance (a parent’s) life and mental wellness,” Miron noted.

Local caregivers will also have access to a parent coach, who can offer different perspectives around parenting situations, help work on new strategies to shift behaviour, and assist parents in achieving their goals.

Miron stressed that anyone can access the LFRN and its resources.

“It’s open to everybody. All age groups, all diversities, and it’s all-inclusive programs for parents.”

For more information on the LFRN programs, contact your local FCSS.

Province searching for new registry agent in Bonnyville
Aug 8, 2020 3:30 PM
Comments
We welcome your feedback and encourage you to share your thoughts. We ask that you be respectful of others and their points of view, refrain from personal attacks and stay on topic. To learn about our commenting policies and how we moderate, please read our Community Guidelines.