Families and facilities such as the Bonnyville and District Daycare Centre are being left in the dark as the provincial government weighs the pros and cons of continuing their affordable childcare program. “It has made daycare affordable.
Jul 26, 2019 11:37 AM By: Meagan MacEachern 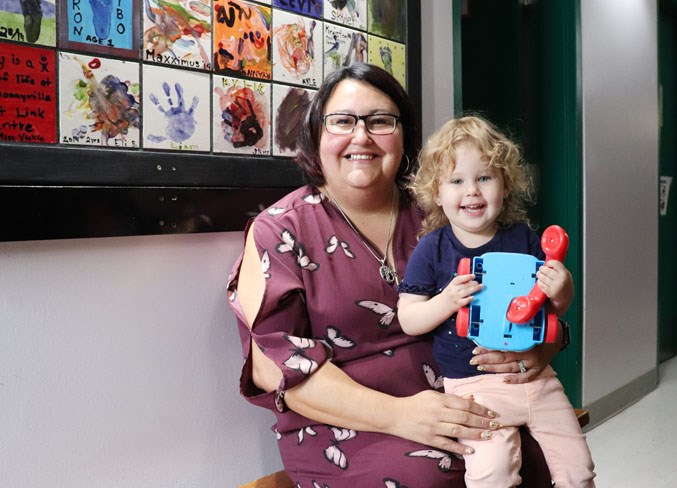 Executive director for the Bonnyville and District Daycare Centre, Kim Harvie, sits with her two-year-old granddaughter, Octavia Breau, outside of her child care classroom.

Families and facilities such as the Bonnyville and District Daycare Centre are being left in the dark as the provincial government weighs the pros and cons of continuing their affordable childcare program.

“It has made daycare affordable. By making it affordable we’ve been able to enable more parents to get back into the workforce where it wasn’t feasible for them to go back to work because daycare fees were beyond their reach,” noted Kim Harvie, executive director of the Bonnyville and District Daycare Centre.

The pilot program was announced in November 2016, with selected childcare centres receiving up to $500,000 in operating funding, allowing them to lower the cost of their fees to just $25 per day.

In the spring of 2017, the province released a list of  22 daycare facilities included in the pilot. The local daycare made the cut.

“It’s also about wage equality for women, because the vast majority of stay-at-home parents are the moms. They have to justify if it’s worth them going to work or if they can even afford to go to work, that’s really what it comes down to,” stated Ruth Tellier, former board chair for the daycare.

The program, which was introduced under the NDP, is up for renewal March 31, 2020. While funding is guaranteed until that time, it's still up in the air whether or not the new UCP government will continue it following their review. 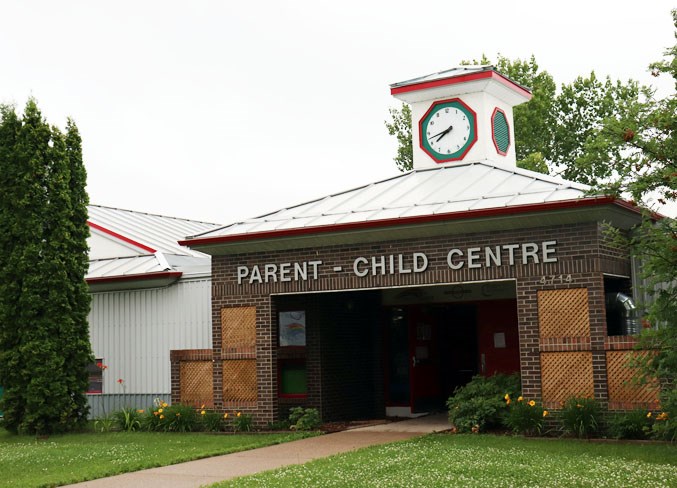 The local daycare centre hopes the province will consider the importance of the affordable childcare program.

Not only has the initiative allowed for affordable childcare, it also opened up a world of possibilities for the centre.

For example, with the monies they received, the daycare is offering more flexible hours seven days of the week. Before, they were only operating Monday to Friday.

According to Harvie, their level of service has grown exponentially since the program came into play.

“It’s created jobs within our centre. We were able to hire approximately 25 people since the start of the grant,” she stressed. “We’ve had approximately between 12 and 15 of our daycare workers continue their education in the early childcare field. They have their college certificates or diplomas as well. It’s increased the quality of childcare that we’re providing."

The daycare has adapted the Flight curriculum, an early learning and care framework created by the province.

“We also work in partnership with Getting Ready for Inclusion Today (GRIT) and Alberta Support and Participation (ASaP) to bring inclusivity to our centre, so we’ve increased inclusiveness including our Inclusive Child Care (ICC). We currently have six ICC students,” Harvie emphasized.

One of the larger components is "the education piece."

Harvie explained, “The leaps and bounds we’re making in what constitutes quality childcare... I think, is really important. We’re not babysitters, we’re childcare educators and I think that by recognizing that and the importance of it, it would be horrible for it to go. Because the education piece, the curriculum piece, and the GRIT program, all of that together and the importance of it to our children and the next generations, I think that would be sad."

Should the province decide to discontinue the $25 per day initiative, it will be families like Kari Lavoie and Jodi Parmar, who both have children enrolled in the Bonnyville and District Daycare Centre, that ultimately pay the price.

For Lavoie, “It’s been quite helpful, especially with the slump in the oil field. Both my husband and I have had cutbacks in hours and wages, so it has definitely been a blessing to put the kids in and not have to pay as much. You can bring in more income, and because of the lost wages it’s been very helpful."

She encourages the province to consider renewing the program "because it helps families out, especially in these difficult times."

"That little extra, any extra that we can get, is helpful," continued Lavoie.

Parmar, who's a mother of four, agreed.

“I have four kids, so come summertime, I need childcare for all four of them. In the summertime (affordable childcare) really helps,” she expressed. “Come school time, it’s a little bit easier, but it still helps, it cuts the price a lot."

Harvie said, “I think it will definitely have an impact. I don’t think there’s any way you can say that it won’t. The affordability piece, of course that’s the piece that most people talk about. I think that’s where it will hurt the most if it weren’t to continue."

As the only licensed daycare in Bonnyville, Harvie isn't worried their numbers will drop if the program isn't renewed. Her biggest concern is for their parents and staff.

“The biggest thing for the families in our community is affordability. For our staff, it’s going to mean a bit of a wage cut, because there was a piece in the grant that called for a wage top-up… also the education piece and promoting the higher education in the staff. That as well will be gone. That’s a little tough."

The daycare currently employs 34 people, with a mix of part-time and full-time, to take care of the 135 or so children that come through their doors every month.

Harvie noted the local centre is actually considered one of the larger-sized childcare facilities, and acts as a place where kids can be kids in a safe and caring environment.

“Just the security and safety parents feel knowing their child is not only being cared for by an early childhood educator, but one that’s monitored, one that has to follow certain protocols and certain standards, and are upheld to those standards, I think that’s a big relief for some parents,” she expressed. “The kids get to socialize. They meet all of their growth and development at the level that they’re at, regardless of their age... In our curriculum, we meet all of those, plus more. We give them so many opportunities that parents don’t always get a chance to do."

Although they don't know for sure whether or not the province will be renewing the program, Harvie is hopeful they will consider the impact their decision could have on families across Alberta.

“Right now, we don’t know. The provincial government, we have basically gotten the same information everybody else has; that they will see the pilot project through to the end, which is the three years... They’re assessing all of the data. They’ve had different data companies come in, they’ve had parent meetings, staff meetings, all kinds of things over the last three years in order to collect as much data as possible. They’re going to analyze that and we will see where it goes after that."

The Bonnyville and District Daycare Centre will be hosting a meeting with parents in the fall in order to answer questions and keep families informed.

Harvie said, “It’s all unknown, and I think that’s what the biggest fear is right now, is because no one knows what to expect, automatically everyone assumes and prepares for the worst... I think the lack of knowledge is what’s bringing the fear."