The MD of Bonnyville and City of Cold Lake signed their Intermunicipal Collaboration Framework on March 25
Mar 31, 2021 1:00 PM By: Robynne Henry 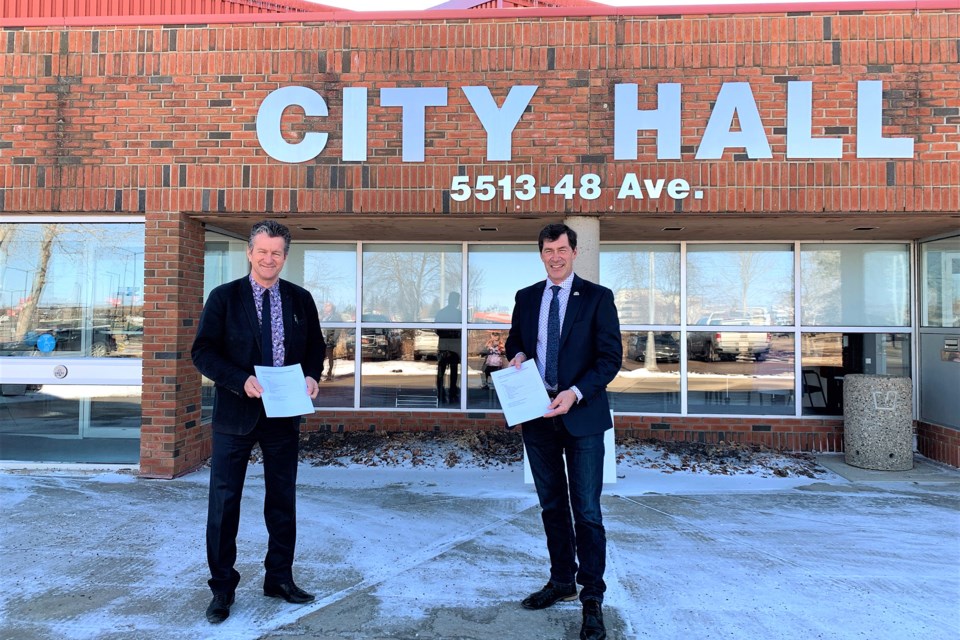 BONNYVILLE/COLD LAKE – The MD of Bonnyville and City of Cold Lake have come to an agreement when it comes to their Intermunicipal Collaboration Framework (ICF).

Both municipalities ratified the ICF agreement, which paves the way for cooperation and communication between the city and MD in the years to come, on March 25. It defines the services used by residents of both municipalities, identifies which is responsible for providing the service, and outlines how it will be delivered and funded.

ICFs are required under the Municipal Government Act (MGA) and must be reviewed and updated every five years by the respective councils.

“This really is a historic agreement and a feather in the cap for both the City and the M.D. of Bonnyville. Both of our councils and administrations put in a lot of work and many hours to build an agreement that benefits both sides,” said Mayor Craig Copeland in a press release. “We want to thank Reeve Greg Sawchuk and his team for coming to the table and negotiating an agreement that strengthens the relationship between the City and M.D., while also allowing each side their autonomy and independence.”

Negotiations between the municipalities resulted in a lump sum cost-share calculation of $2.1-million to be paid to the city by the MD for the provision of services used by MD residents within city limits. This calculation is based on the number of MD residents living with the city’s service area and the most recent population of Cold Lake.

Service areas currently being provided by the city include recreational facilities and parks, including the Energy Centre, arenas, sports fields, marina and boat launch, and Kinosoo Beach recreation area, community programming such as Canada Day and Remembrance Day, and the Cold Lake Regional Airport.

MD of Bonnyville Reeve Greg Sawchuk said in a press release, “Collaborating on an agreement that serves the needs of our regional residents truly showcases our partnership and dedication to planning for the future. These agreements are important in continuing the momentum to improve the quality of life for our residents and to attract new people and businesses to the M.D. and Cold Lake region.”

The municipalities will form an Intermunicipal Committee as part of the ICF agreement, which will consist of members from both councils. The committee will meet before the agreement needs to be updated to review the document and work toward any needed changes.