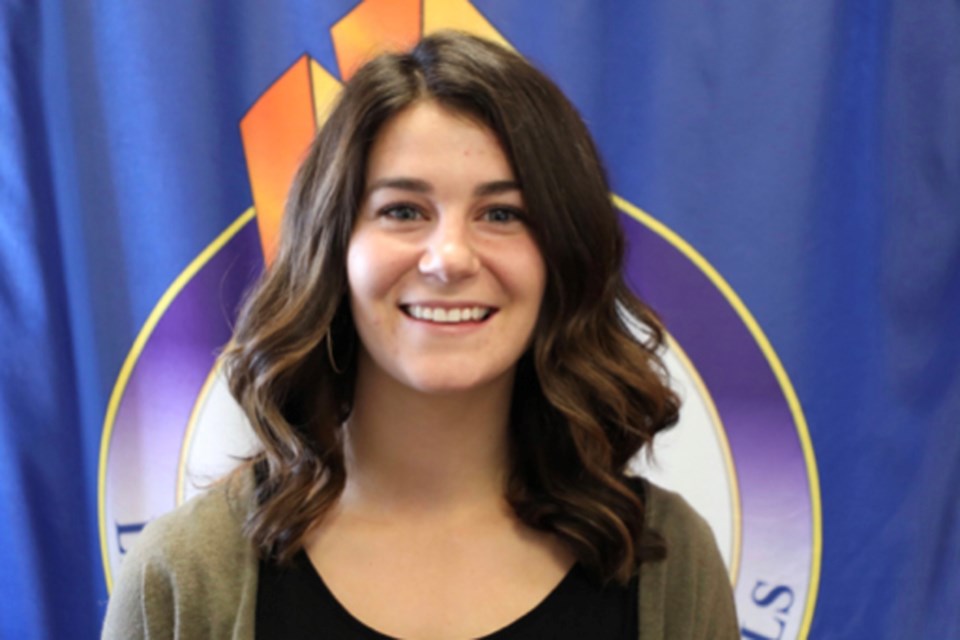 BONNYVILLE – When Katelynne Ringuette graduated from Notre Dame High School (NDHS) little did she know she'd be back at the front of the class a few years later, this time as a teacher.

“I was definitely surprised, honoured, and humbled because there’s so many phenomenal teachers at my school and in my district,” she expressed.

The Edwin Parr Award is a chance for school divisions across the province to recognize a first-year teacher who's made a positive impact in their school. Out of the names put forward, six teachers are chosen each year for the honour.

Ringuette was born and raised in Bonnyville and attended LCSD schools.

“I grew up on a farm, so I did the whole 4-H thing and played volleyball,” she explained, adding she wasn’t sure what she wanted to do once she graduated high school.

“I knew that I wanted to help people. I went to Lakeland College in my first year and just took general studies. I had some really great opportunities through volunteering and a practicum, and I did a missions trip to Mexico. That’s when I learned that teaching was what I wanted to do.”

After attending the University of Lethbridge to complete her degree in general social studies and inclusive education, Ringuette moved back home to start her teaching career.

She was grateful for the chance to teach for a division she was familiar with because “it's an opportunity that not a lot of people have.”

When the call went out for nominations for the Edwin Parr Award, NDHS principal Vince Spila said Ringuette was the first name that came to mind.

“When I went in to observe her for the first time, she seemed to have a gift,” he recalled. “I went in there and she seemed to be a veteran of 10 years who had been doing this for a long time. I almost forgot that she’s a first-year teacher who’s coming straight out of college and university. She’s got a great handle on the students, the content she understands, and she just has a connection that’s just incredible.”

When Ringuette is in front of her class, she strives to keep her lessons as interesting as possible.

“I do also want to challenge my students to do the best they can so that every range level of students, whether them just showing up every day is a win for them or if they want to push themselves to the next level, making sure all of those needs are met,” she expressed. “Every range of kid feels welcome in my classroom, no matter who they are they fit into the learning environment in some way.”

While Ringuette’s hopeful to be one of the six teachers chosen for the award, just having her name put forward is an accomplishment.

“Every teacher (who’s nominated) is there because they’re good teachers and they love their students. Otherwise, they wouldn’t have been nominated. Just getting a nomination is a huge success for me and I’m just proud of that.”

“She’s an exceptional teacher and I wish her all the best. I know she’s going to have many years of success.”

The Edwin Parr Awards will be presented during the ASBA fall general meeting, which is scheduled for Nov. 15 to 17 in Edmonton.