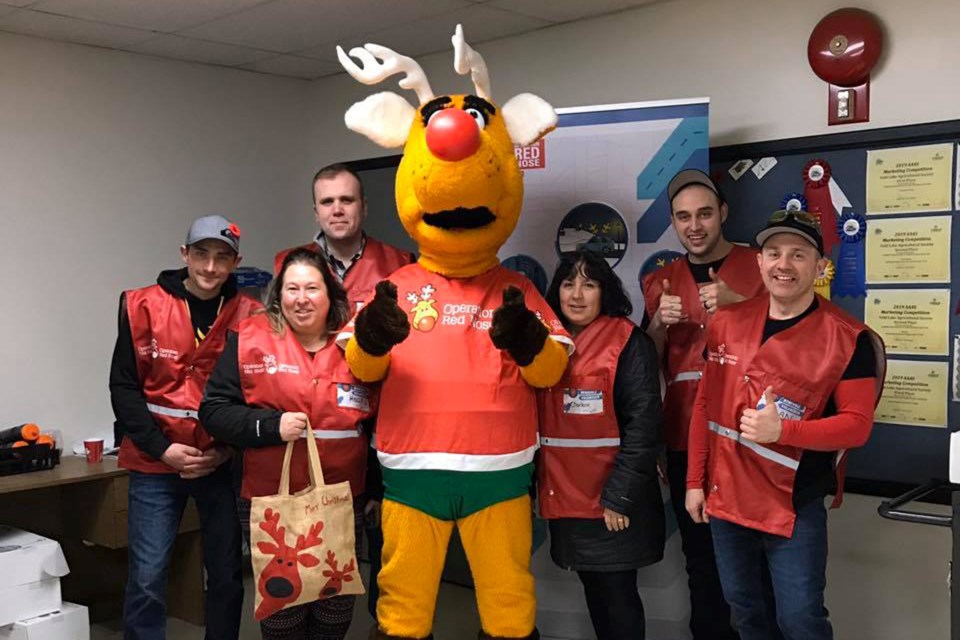 COLD LAKE - Operation Red Nose Cold Lake made sure people enjoying a night out had a safe alternative ride home over the holidays.

Almost 70 volunteers provided 285 rides in the program’s ninth season, which is on par with last year’s 287.

Over the course of December, the teams of three provided rides on weekends between the hours of 9 p.m. and 3 a.m., wracking up over 5,700 kilometres.

Their last night of operation, which was New Year’s Eve, saw wait times of up to 30 minutes.

“I think there were only seven rides up until midnight, but after that, we got 40 calls,” Foulds reflected. “It’s amazing how well our teams worked together and were able to work with dispatch to help bring this whole program together.”

According to Cold Lake RCMP Sgt. Ryan Howrish, there were five impaired driving charges handed out while Operation Red Nose was running, which was an increase from two in 2018.

Howrish noted the detachment’s safer roads priority and the RCMP’s mandatory alcohol screening program were likely factors in the small jump they saw this year.

“I would like to thank the ag society and all of the Operation Red Nose volunteers for working hard to get everyone home safe this holiday season,” he said.

The over $6,300 in donations surpassed Foulds’ goal. The funds raised will distributed to a number of different groups including two $1,000 scholarships for Cold Lake students pursuing post-secondary studies. The remaining money will be split between the Lakeland Long Riders, Cold Lake Minor Football, Beaver River Pony Club, and Cold Lake Victim Services.

Foulds said it was important to include Cold Lake VSU since they previously ran Operation Red Nose for eight seasons.

“We knew this was a big fundraiser for them, and with their limited resources they weren’t able to continue it… This was their first year not running it, and we still just wanted to give back because they do an amazing job in the community and it helps everybody out in some way, shape, or form.”

The Cold Lake Ag Society took the reins this year after learning the local VSU wasn’t able to continue offering the program.

“We knew this was a good thing for the community, and it’s giving back to the community in the fact that it’s helping to save lives because people aren’t going to take the chance of trying to go home while they’re intoxicated,” detailed Foulds.

With a successful year behind them, the ag society is looking forward to what next season has in store.

“It’s going to be a lot of fun, and hopefully, it will grow to be bigger and better because next year will be the 10th year in Cold Lake. I’m not sure how we can grow, but we’re going to try and go from there,” Foulds expressed.