Province comes to a decision on Moose Lake weir

The province is hoping that once the Moose Lake weir is removed, things will flow a bit more smoothly.
Sep 5, 2019 1:08 AM By: Meagan MacEachern 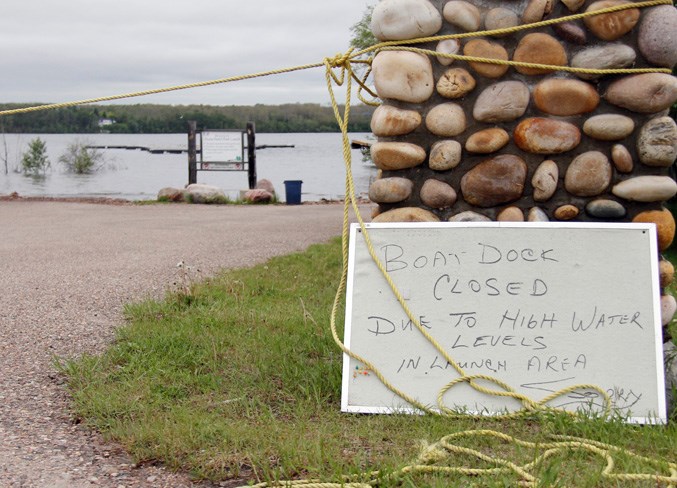 In 2017, Moose Lake experienced extremely high water levels, resulting in the flooding of properties, basements, and outbuildings to those living along the shoreline. Residents felt the weir was to blame, and after conducting studies of their own, Alberta Environment has decided to remove the structure.

The province is hoping that once the Moose Lake weir is removed, things will flow a bit more smoothly.

In 2017, residents living along the shore of Moose Lake woke up to flooded basements, fields, and outbuildings after the area experienced extreme high water levels.

“Over the past three or four years, with the increase of moisture and water around, we did see some high flow rates coming into the Moose Lake basin. There were feelings that because that weir was in place, it wasn’t giving that creek proper flow. A lot of vegetation was staying within the creek and then slowing up the water drainage out of the lake, and that’s caused some property damage around the lake with erosion, flooded basements, and things like that,” explained Matt Janz, general manager of agriculture, waste, and protective services for the MD.

Those impacted were quick to point the finger at the Moose Lake weir, and after conducting studies and a third party investigation, Alberta Environment has agreed to remove the structure.

“The MD received a letter a few weeks back (from the province) saying they’ve done their studies and they want to remove the weir, or start the process anyways,” stated Janz.

In the letter, Carlin Soehn, operations infrastructure manager for Alberta Environment and Parks, said following the completion of a third party investigation, the province has concluded that due to the ineffective nature of the weir, it’s more beneficial to remove the structure and return the lake to its natural state.

Janz said at this point, Alberta Environment hasn’t asked the municipality for assistance, but that doesn’t mean they won’t turn to the MD at some point.

“They might consult with us just to see our opinion on it, but as far as I know they haven’t talked to us yet,” he expressed.

The physical removal of the weir is the responsibility of Alberta Environment, and the province will consume the cost of the effort as well, noted Janz.

“I would think it would take at least a month or two to remove everything. They will have to do it in a time where there’s no fish activity, so they will have to keep a real close eye on that, and then they will have to put all the material, like rocks, back in the bed and shore,” he added. “It’s quite an intense project.”

Soehn said in the letter addressed to council, the province hopes to get to work as early as this fall.

The project will include the development of a decommissioning plan, Water Act Approval, which “will determine the appropriate level of public, First Nations, and Métis consultation,” and finally, removal and reclamation of the weir.

“I believe they do want to have an open house, which is good because they can get feedback from the people, and then they will make plans to remove it,” expressed Janz.

When asked whether the weir was the root of Moose Lake’s water level woes, Janz said it’s “the base of the problem.”

“It’s a very flat creek, it doesn’t have much of a slope to it. What happens, is when you get a high water or high flow rate, you would flush some of that vegetation out of the creek, which isn’t happening right now. It’s getting hung up at the weir, which causes its own dam itself,” he noted. “Over the past years, we’ve gone out and removed vegetation from the weir and it’s flowed a lot better, a lot quicker. From time-to-time, there’s the odd beaver dam below the weir, but we’ve removed them in the past and it still hasn’t improved the flow to what it should be naturally.”

The MD continues to monitor the weir, ensuring there is water flow “to some degree.”

“We haven’t spent as much time in the past year on it as we have previously, but we don’t get the calls like we used to either,” detailed Janz. “I think a lot of the people around the lake have done their bed and shore repairs and maybe they can take those high wind days where they have a lot of waves pounding on their property. I think probably because it’s not the first year this has happened, people have probably made some remedies at home that help themselves too.”

The province has yet to announce a timeline for the project, however, Janz believes as the time draws near, they will share their plans with the public.