Town approves no tax increase for 2021

Town of Bonnyville council approved balanced 2021 operating and capital budgets
May 4, 2021 7:00 AM By: Robynne Henry 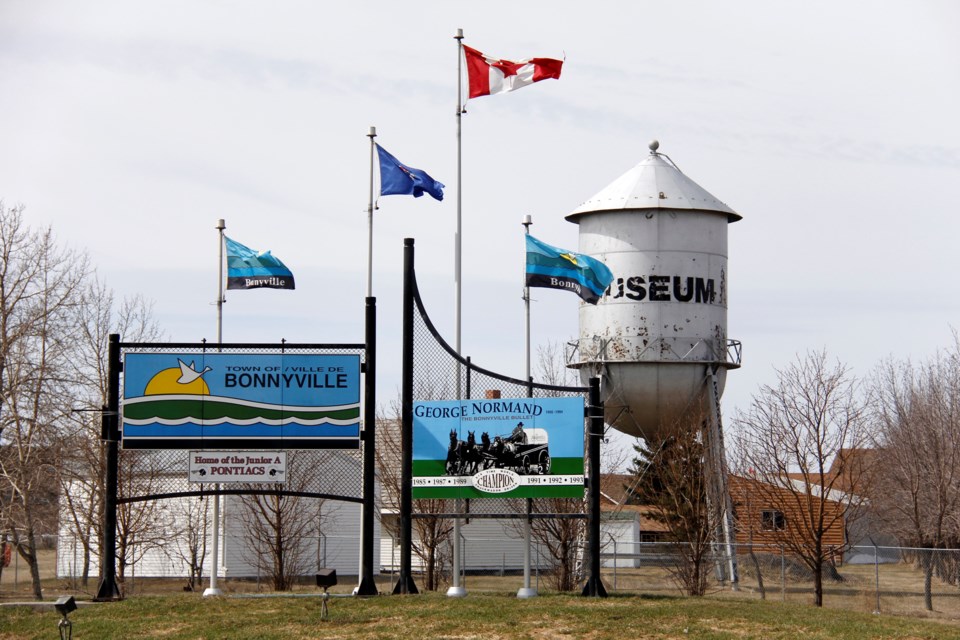 BONNYVILLE – Town of Bonnyville council gave the thumbs up to their 2021 operational and capital budgets.

Administration presented council a balanced $21.9 million operating budget and a roughly $23 million capital budget during their April 27 meeting, both were passed unanimously.

CAO Bill Rogers noted the COVID-19 pandemic presented a number of difficulties for the municipality over the last two years.

“This comes to our area as an unwanted addition to the already significant economic downturn that’s seen our residents face some of the toughest times since the great depression. Despite the challenges of seeing our revenues shrink... over the last six years, the Town of Bonnyville is very proud we’ve been able to provide our residents with the same or better levels of service throughout this difficult time. We’ve become very good at doing more with what we have while ensuring we maintain a very high quality of life for our residents.”

Due to the town’s Intermunicipal Collaboration Framework (ICF) with the MD of Bonnyville and the ID 349 agreement, residents won't be seeing an increase in municipal taxes for 2021.

“In late 2020, we presented a draft operating budget to council that anticipated a two per cent potential increase in municipal taxes this year in order to maintain our current levels of services,” Rogers detailed. “With the pandemic in full swing and still hurting our residents and businesses, council rightly asked us to take a look at this and see what could be done about it this year. Since that time, the realization of the additional revenues sources (the ICF and ID 349), business planning with staff, and detailed analysis of fees for services to our residents, have allowed us to revise our financial plans. As a result, budget 2021 is now in a position to look at a planned zero per cent municipal tax increase for this year. We think this is affordable and responsible to do for 2021.”

The $21.9 million balanced operating budget includes an overall increase of $56,000 in municipal taxes for a total of $7.9 million, with a zero per cent tax increase plus growth.

According to Director of Finance Renee Stoyles, the school tax requisition has decreased by roughly $72,000 to $2.8 million, however, there will still be an increase for taxpayers when it comes to school taxes.

“But, due to the 2019 over levy in the amount of $226,233 that required a reduction in the school tax in 2020, the amount taxed to our residents for school in 2021 will actually have to increase by $153,968 to compensate,” stated Stoyles. “These increases will be split between residential, 9.09 per cent, and non-residential, 2.05 per cent, properties. Both conditions will result in a corresponding mill rate adjustment upward when we set the mill rate at the May 11 council meeting.”

The amount the town receives in provincial grants increased by roughly $11,700 to $71,792 since the interim budget. That was in part due to the municipality receiving about $7,000 through the Municipal Operating Support Transfer (MOST) and that money went toward improving the audio during council meetings.

There’s $30,000 included in the budget for the upcoming municipal election.

The contract between the town and RCMP was increased by $14,000 to include the costs associated with the Biology Casework Analysis, which Stoyles said was downloaded onto municipalities by the provincial government this year.

Under COVID-19, the town included the $30,000 they received through MOST and $30,000 from the MD. The municipalities will use the $60,000 to provide assistance to local businesses who were experiencing financial hardships due to the coronavirus pandemic. Community Futures Lakeland was also a partner in this initiative.

A little over $3.38 million is budgeted for roads, streets, sidewalks, and lighting, with $270,000 going toward annual repair and maintenance.

The costs for the Bonnyville Municipal Airport were removed completely due to the MD taking ownership of the facility this year.

The provincial grant the town receives for the Family Resource Network stayed steady at $143,300.

The town has lots on the docket to be completed in 2021 in their $23-million capital budget.

“As you may recall, in 2020 most of our capital work was deferred due to pandemic issues and concerns over costs related to the regional waterline and the uncertainty of ID 349 funding,” explained Rogers. “Since that time, the province has contributed to the cost overruns on the waterline project and both ID 349 and the ICF with the MD have been successfully realized. In addition to this, unspent dollars from 2020 were carried over to this year.”

Grant funding for 2021 is sitting at $9.82 million, with the ID 349 funding agreement at $6.88 million and $2.19 million in total provincial and federal capital grant funds, which were based on the estimates from 2020.

The fire department saw the Bonnyville Regional Fire Authority’s (BRFA) Station 5 $1.5 million building replacement cancelled as a result of the town and MD purchasing the Kopola building and moving all of the emergency services there. This was the same for the 911 call centre replacement, which had $2.5 million set aside.

Streets and paving have a budget of roughly $2.55 million, with $103,950 going to putting a crosswalk at the A&W on main street and $2 million for the annual overlay patching program.

The infrastructure replacement has a price tag of $5.38 million. Roughly $2.73 million was budgeted for the 47th Ave. rehabilitation project, which will go from 48th St. to 42nd St. and the hospital alley.

“The addition of new sidewalks in almost all areas of the town where they’re currently needed, which will ensure pedestrian walkway connectivity throughout the town,” Rogers noted.

The relocation of the RV dump station to the Iron Horse Trail staging area has a $90,000 price tag, and replacing the youth centre roof is expected to cost $25,000.

Under parks and sports fields, there’s $150,000 for the staging area washroom and warm-up shack, $50,000 for developing a regional tourism strategy with the MD, $100,000 for the town’s contribution to the Bonnyville Golf and Country Club’s irrigation system project, $1.08 million in trail upgrades, and $80,000 for solar powered security lighting along the Jessie Lake Trail.

There was also $70,000 included in the capital budget to monitor the water levels in Jessie Lake and Barretyre Lake.

“The water level studies are planned for this year to examine potential plans to moderate what are currently high levels. Moderating the lake levels of the future will assist us with recreation, flood mitigation, and storm drainage planning,” noted Rogers.