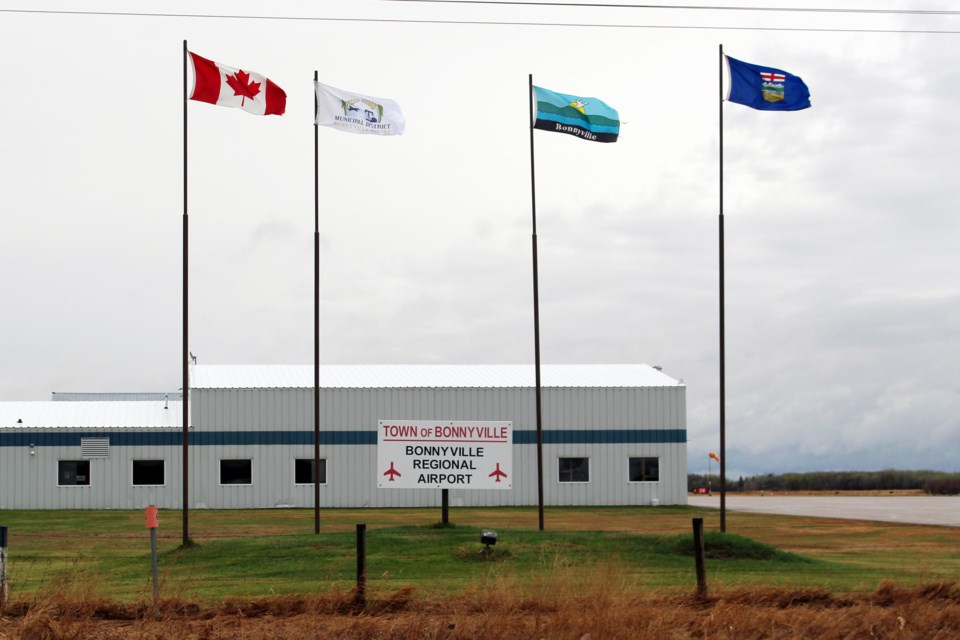 Town of Bonnyville council is looking into some issues to do with the landing lights system at the Bonnyville Airport. File photo.

BONNYVILLE – The Town of Bonnyville is hoping to shed some light on technical issues at the airport.

The municipality is in the process of investigating "intermittent electrical failures” of the landing lights system that has plagued the Bonnyville Airport for seven years.

“It’s become a lot worse in the last several months and we have a situation now where lights that have been replaced, normally every two years, are going out in about a week and staff are finding melted and burned cabling throughout the system,” town CAO Bill Rogers told council during their Sept. 8 meeting, adding there’s a lot of interference that’s causing the system to short circuit.

“There’s a severe amount of what’s called the 'total harmonic distortion' in the system, which has gotten considerably worse since we did power upgrades at the airport about a year ago to allow for powered stalled parking.”

Council passed a motion to purchase a temporary lighting system for a maximum cost of $69,000, with funding to come from the airport capital reserve and general reserves.

According to Rogers, the town has opened an insurance claim into the lights and hope that will cover a majority of the costs for the new system.

Administration made the recommendation as an interm solution after being approached by airport users.

“The issues we’re facing is we’ve had to shut down the runway lights while we worked on troubleshooting this problem and it could take some time yet to resolve,” Rogers noted. “The days are getting shorter and with the daylight hours getting less, we’ve had concerns from the oilfield air carriers that they need reassurances (soon) so that they’ll be able to conduct airport activities at the airport, or because of the darkness they’ll have to look for other landing site alternatives.”

Rogers said the municipality is working alongside representatives from ATCO Electric to get to the bottom of the problem.

Administration did present council with the option to rent lighting equipment, but Rogers explained it wasn’t a viable alternative "because the minimum rental agreement cost is just about as much as a purchase."

As the MD of Bonnyville is in the process of taking over ownership of the airport, the town will also be reaching out to see if the MD will cover a portion of the price tag for the new lighting system.

Rogers said, “The MD is looking at doing a significant number of improvements to the airport over the next year, which would include extending taxiways and adding new taxiways, which would have to be lit. There’s a very good chance a new lighting system would have to be put in at that time.”