School division continues to see decrease in provincial funding, regardless of increase in ridership
Jan 21, 2020 12:00 PM By: Robynne Henry 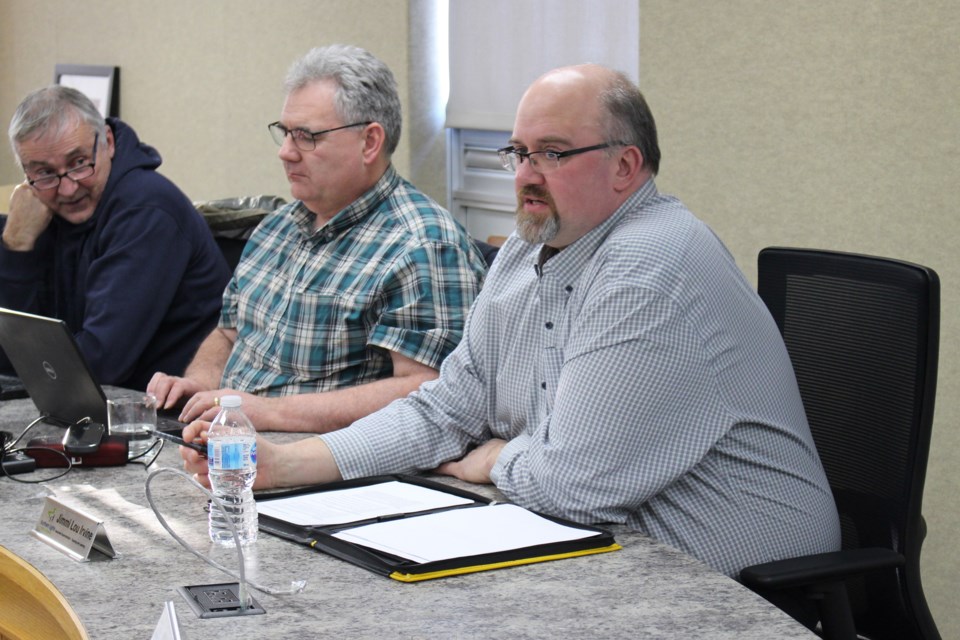 Matt Richter, director of transportation for Northern Lights Public Schools, said ridership for the division has seen an increase even though the amount of provincial funding they receive has decreased. Photo by Robynne Henry.

BONNYVILLE – While more students are taking the bus to school, Northern Lights Public Schools (NLPS) continues to see a decrease in transportation funding.

During the board of trustees meeting on Jan. 15, director of transportation for NLPS Matt Richter explained that ridership has risen over the last seven years.

“Our ridership has increased overall by eight per cent,” he noted. “Two and a half times more students are currently riding that are unfunded compared to seven years ago.”

The school division didn’t receive money for, approximately 1,000 students because they live within the 2.4-kilometre radius zone of a school. Over the last seven years, the number of rural students that are unfunded has gone from roughly seven per cent to 17 per cent in the 2018/19 school year, and urban has jumped from 15 per cent to 32 per cent.

The funding NLPS receives from the province for transportation has dropped by $420,000 to $5.2-million over the past two years. With annual costs ringing in around $5.9-million, Richter said the transportation department has a deficit of roughly $700,000 for 2020.

When the board asked how much other school divisions charge for bus fees, Richter noted the rates vary.

Board chair Arlene Hrynyk said, “I think that would be very beneficial information for us when you actually see what the cost recovery is if we were to ever consider a fee. What it would actually cost for recovery? Because I don’t think parents really know what that cost is.”

NLPS doesn’t currently charge for students who ride the bus.

A lack of funding isn’t the only concern when it comes to bussing. Although the deadline for drivers to complete the Mandatory Entry Level Training (MELT) has been pushed back, it continues to be an issue for NLPS contractors.

“The program today is at 53 and a half hours of extra driving for the Class 2 ‘S’ license,” Richter detailed. “Initially when it was launched in January, it was over 85 hours, so they’ve changed it a lot.”

The original deadline for drivers to complete MELT was March 1, 2019, but it was delayed after school boards expressed concerns. Contractors who finished qualifications prior to Oct. 10, 2018 don’t have to go through the additional training, and anyone else has until the July 2020 deadline.

In August, the school division became a certified driving school and is offering the training for local bus drivers and NLPS school volunteers.

“Without our assistance, these contractors and new drivers won’t be able to get trained. Even if somebody walks off the street and wants to get their Class 2 under the old system, they have to go under a driving school today… and the driving school has to register them. Without a driving school, they can’t go forward and registries won’t even look at them,” stressed Richter.

Contractors also expressed their concerns over the federal carbon tax, which came into effect Jan. 1, and the implications it could have on costs.

“We have seen a couple of contractors exit over the last year or so and many more have expressed concern now with the carbon tax and MELT coming in 2020 as to whether they can keep on going or not.”