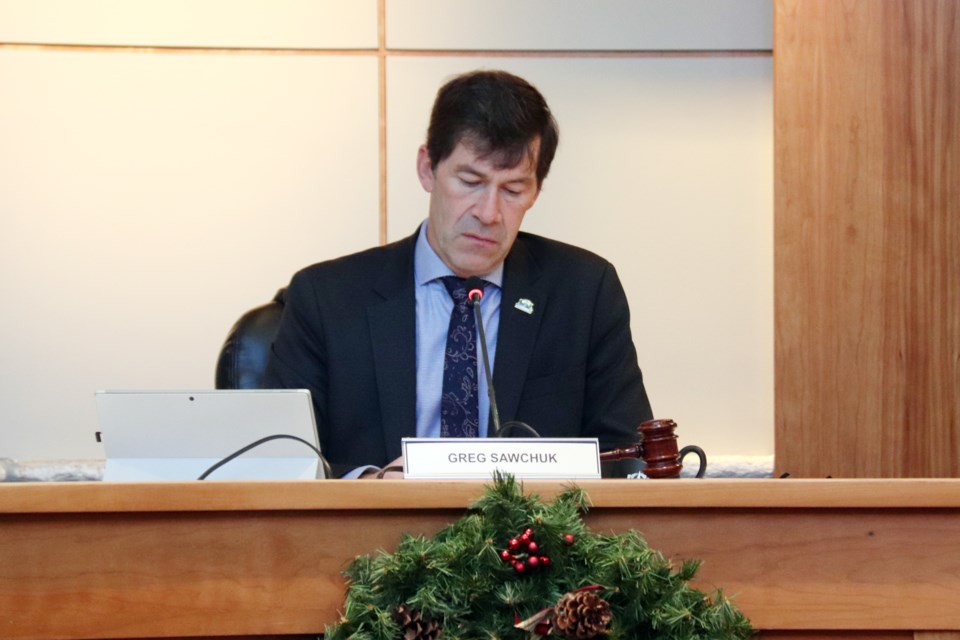 MD of Bonnyville Reeve Greg Sawchuk described the municipality's 2021 budget as a 'conservative one.' File photo.

After having to cancel their third event due to the provincial enhanced protocols announced earlier this month, the municipality opted for an online version on Nov. 18 to present the draft budget.

The 2021 draft budget was presented with a deficit of about $900,000, with revenues for the MD anticipated at $154-million, while expenditures was expected to be $155-million.

Reeve Greg Sawchuk described it as a "conservative budget."

“We're living within our means, the same as everyone else is having to do right now and recognizing that it’s a tough go, but also looking forward knowing that in the next few years, we aren’t going to have the massive rush of revenue that could be coming forward that we’re going to be stuck at this level or slightly lower for the next few years,” he detailed.

“We’re at a crossroads right now with the MD. It's a tough spot, just like everybody else is in, where we’ve seen in this past year the lowest number of development permits since going back to before 2000. That means people aren’t building, businesses aren’t growing, and that’s kind of worrisome because that’s new assessments or revenue dollars that would come online. That’s not happening. We also know that your own assessments, be it on your houses or businesses, it’s possible that those are decreasing again. That means that the amount of revenue coming into the MD would decrease as well," said the reeve.

According to Sawchuk, council is hoping to ‘"stay the course" when it comes to municipal taxes, and hopes not to increase them in 2021.

“Even though we know assessments might be dropping, the mill rates shouldn’t increase to make up for that loss,” he explained. “Basically, we’re pulling on the reins and living with what we have. Everyone else, residents, businesses, everybody’s having to live within their means and this also came out in a teleconference. We were challenged by the Minister of Finance to bring back our spending to the priorities, looking at what our core infrastructure needs (are) and that’s where you do your spending. Maybe hold off on some of the other things and I think that’s what we’ve done in this budget. We’ve gone back to a lot of poor maintenance and infrastructure.”

Revenues from the MD parks were anticipated at $12.4-million and Kinosoo Ridge Ski Hill was expected to bring in about $6.32-million.

The draft 2021 budget has an anticipated $73.-8-million put toward infrastructure.

Parks was sitting around $16.1-million in the draft, while Kinosoo Ridge Ski Hill was anticipated to cost about $8-million in 2021.

Sawchuk said council has done a lot of inter-municipal collaboration work on projects and worked on agreements with their urban and rural neighbours.

“Those have to be in place shortly. We have a lot of them done and we’re working on the last couple. I have to say it’s been an interesting venture working with our urban partners, but a good one. It’s helped us to recognize the services that we each provide as well as the cost of those services. It’s been eye opening to say the least,” he expressed, adding a "historic agreement" had been reached when it came to ID 349 funding between themselves, the City of Cold Lake, Town of Bonnyville, and the Village of Glendon.

“We’re awaiting a decision and hopefully something is coming on that soon because we know that our partners are also anxious to hear if they’ll have some extra funds for their budgets.”

A drainage map is in the works for the municipality, stated CAO Luc Mercier.

“We’re attempting to capture what we have for drainage projects, the bigger ones that we as a municipality need to work on. Once we capture that and get the map finalized, council will prioritize based on budget how we implement these fixes going forward.”

When asked how the 2021 budget compared to 2020’s, Mercier noted they’re very similar, but administration and council have worked together on long-term goals to know how to address each area of the municipality in the future.

“But, in the end, we know that going forward that our revenue will probably drop,” he noted. “With the MD still picking up a few of the prior projects that weren’t completed, so those are monies that we’ve put into reserves and are bringing them back. . . The key though is focusing on the bare necessities of what we need and that involves long-term planning so we can quantitate what we need, when we need it, and how we need it.”

When council asked the audience what they thought of the virtual format, they received positive feedback from residents.

“This is a great way to reach as many members as possible,” one expressed in a comment. “I appreciate being able to stay informed from the comfort and safety of my own home.”

Another resident added, “This is my first time attending an MD council meeting, therefore, I believe this format is what facilitated me joining in today.”

Once all of the feedback is collected, the 2021 budget will be brought back to council during a December meeting. An interim budget will be approved before the end of the year.