One of Cold Lake's up and coming authors has been recognized for the unique characters and compelling plot in her debut novel: Broken Shards of Time.
Jun 20, 2019 4:15 PM By: Meagan MacEachern 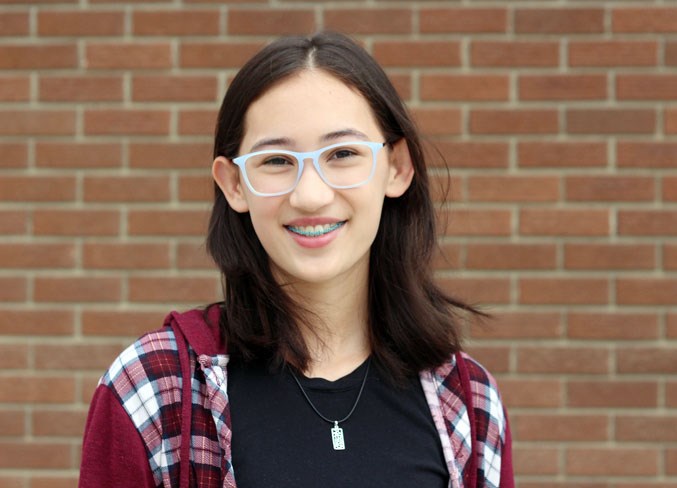 One of Cold Lake's up and coming authors has been recognized for the unique characters and compelling plot in her debut novel: Broken Shards of Time.

Fourteen-year-old Nyah Nichol may be able to create an entire universe of her own, but she never could have imagined she would become a published author before finishing high school.

“It was always my dream to write a book and get it published, but I never thought I could do that at such a young age. I thought I had to be an adult. I just want people to know that you don’t have to wait, that’s the main thing I’ve taken away from this,” said the Cold Lake High School student.

Broken Shards of Time is a science fiction novel about a lone survivor of a mysterious accident. Navigating the loss of her parents, the main character travels through time with a group of others in order to stop her future self and an otherworldly power source.

“This book isn’t chronological, it has shards of time almost in the different excerpts,” stated Nyah's mother Jeamie Nichol.

She continued, “It’s a really good book. There are lots of twists... I told Nyah that she chose a really difficult book to start with, because of the time travel."

Her inspiration was the main character, Wren Derecho, who was taken from a short story she wrote in Grade 7.

According to Nichol, although the character was still the same, the entire plot was changed from the original draft from so many years ago.

"My teacher and I didn’t really like how it turned out, and one day I was just thinking about it and I thought ‘I can do way better than that.’ I rewrote it, making it longer, making it different, but with the same character,” she explained.

With a passion for short stories, science fiction, and mysteries, Nichol used her knack for words to piece together an award-winning novel.

“I did chunks at a time, kind of like short parts of the story. It was like writing a short story, then writing another one with the same people. That helped, because it felt like I was still in my element but making it longer,” Nichol explained about her writing process.

It took her almost a year to write the 173-page novel.

“It was way longer than a short story,” laughed Nichol.

The young author hadn't originally started the book with the intent of entering a contest. It wasn't until after she had already put pen to paper that she even heard about the Uncommon Quest for a Great Canadian Children's Novel.

Nichol said it was her mom that brought the contest to her attention.

"We decided that we might as well enter it because I was probably going to finish it in time. We worked hard on it and met the deadline,” described Nichol.

Jeamie noted it became quite the family project.

“Her dad and I spent a lot of time with her, working through the plot lines, different ideas, editing her work. It’s been really fun actually,” she stated. “I think she will remember this time with her parents too, spent doing this together."

When asked what she thinks made her book stand out among the rest, Nichol simply said, her characters.

“I really focused on developing the characters, even though it’s a science fiction novel and it’s usually all about the action."

She felt that by bringing the characters to life, her readers would find them more likeable and it would "make the story flow much nicer."

Nichol had submitted her story to contest organizer Common Deer Press in March, and waited patiently until earlier this month for the news.

“My mom got the email and she was screaming and jumping up and down. I was so confused, and shocked, because I never really thought that would happen. It was a very pleasant surprise,” outlined Nichol.

The book is still in the editing phase before it's published in September 2020.

This fall, they will be holding a Kickstarter campaign in hopes of raising some funding to help cover the costs of some of the project.

Nichol is hoping anyone who reads the book learns that "you really need to know everyone's story."

"Maybe it’s not about the action, but it’s about the characters, and that’s what makes the story good.”