The mixed doubles playdowns will be held March 18-25 at the Markin MacPhail Centre, the federation said Wednesday in a release.
Jan 7, 2021 1:15 PM By: Canadian Press 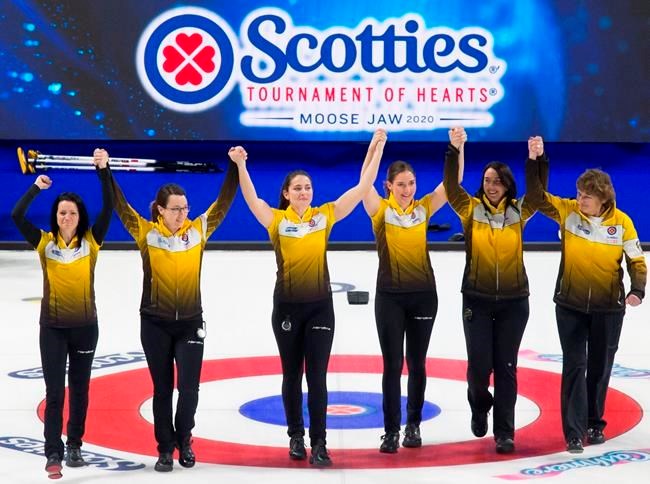 Curling Canada has confirmed the dates for the upcoming national mixed doubles championship in the Calgary bubble and formally announced the cancellation of the Canada Cup.

The mixed doubles playdowns will be held March 18-25 at the Markin MacPhail Centre, the federation said Wednesday in a release.

It will be the third of four competitions operated by Curling Canada in the spectator-free arena. Two Grand Slam of Curling bonspiels will wrap up the six-event schedule at the Canada Olympic Park venue.

The winning duo will represent Canada at the world mixed doubles championship later this year.

Dates were previously announced for the Feb. 20-28 Scotties Tournament of Hearts, the March 6-14 Tim Hortons Brier and the April 3-11 world men's championship.

The Canada Cup, which had been postponed indefinitely due to the COVID-19 pandemic, was originally scheduled for late November in Fredericton.

Sportsnet owns and operates the Grand Slam series. A spokesman said via email that dates for the last two events have not been finalized.

The Players' Championship was originally scheduled for April 13-18 and the Champions Cup was set for April 27-May 2. They will likely be played in the same mid-April to early May window.

This report by The Canadian Press was first published Jan. 6, 2021.