African Lake Trail could be used for OHVs, ATVs

The African Lake Trail could be re-established for Off-Highway Vehicle (OHV) and ATV use
Feb 19, 2021 2:00 PM By: Robynne Henry 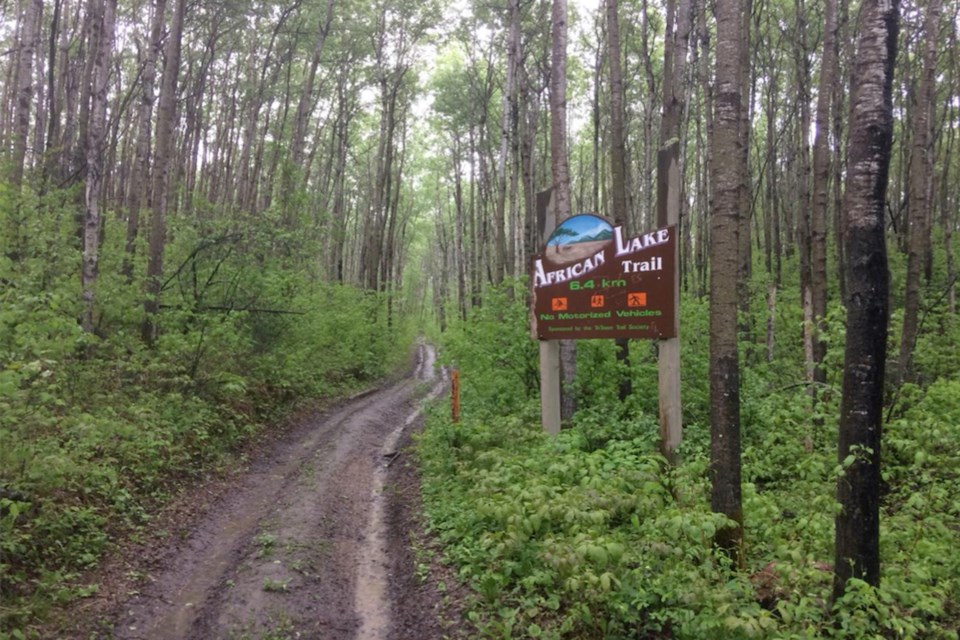 City of Cold Lake council could take over maintenance of the African Lake Trail and develop it for OHV and ATV use. Photo submitted.

COLD LAKE – The African Lake Trail could be re-established for Off-Highway Vehicle (OHV) and ATV use.

The City of Cold Lake corporate priorities committee passed a motion that council support the partial re-establishment of the alignment of the African Lake Trail for OHVs and directed administration to seek consent from the MD of Bonnyville and Alberta Environment and Parks (AEP).

The African Lake Bike Trail was established by the Tri Town Trail Society in 1990 as a 6.4-kilometre walking, cycling, and skiing trail. It begins at the end of 8th St. in the north end of the city, passes through the MD and ends near 38th St. and 54th Ave. The trail follows undeveloped road allowances at the north and south ends and crosses a portion of crown land near African Lake.

The trail has been without a steward since 1996 when the Tri Town Trails Society dissolved.

When originally developed, a majority of the African Lake Trail was within the MD of Bonnyville, however, annexation now sees roughly half the trail fall within the city’s jurisdiction.

According to city CAO Kevin Nagoya, a surveyor was hired to assess the African Lake Trail after council expressed an interest in taking over maintenance of the trail, and to establish where it falls exactly.

“We knew that there are areas that seem to vary from the quarter lines and whatnot,” he explained during the Feb. 17 corporate priorities meeting, adding some of the trail falls onto land the AEP requires a license for and private property.

“The right answer here is to reestablish the trail in those areas.”

Due to the lack of maintenance over the years, administration believes it would be better suited for ATVs and OHVs, and wouldn’t require a lot of time or energy to keep it up to that level.

City administration estimated it would cost $30,000 to survey, clear, and grade the 1,100 metres of the African Lake Trail, however, an environmental engineer hadn’t been engaged to confirm environmental regulatory requirements that may have significant impacts on the costs.

As some of the trail falls within the MD, Coun. Vicki Lefebvre wondered if the municipalities could partner to take care of it.

“I have no problem looking at something because I mean our residents, as well as the MD residents, would be utilizing this trail. Is it possible to work together in developing something that we can - once you find out exactly what work is needed - that we can have a plan together, rather than just us to take it on by ourselves?"

Coun. Kirk Soroka suggested waiting to hear back from the AEP to make a final decision regarding the African Lake Trail.

“If we accept it, and then there’s heavy restrictions associated with that northern part of it, where we’re not allowed to go in there, that could cause some issues,” he noted.

Mayor Craig Copeland described the African Lake Trail as an important one in the city.

“The idea is to get them off the highway and paved trails that you see when you’re going along Hwy. 28. This is an opportunity to have a designated trail for that use and I don’t think (users) are expecting much in terms of maintenance.”

Soroka agreed, “It gives a pathway for everybody in Grand Centre in the south, a different route to the lake and avoiding Hwy. 28.”