Off-Highway Vehicle users are being reminded by the City of Cold Lake to know the rules before hitting the trails and roadways within the municipality.
May 5, 2021 1:00 PM By: Meagan MacEachern 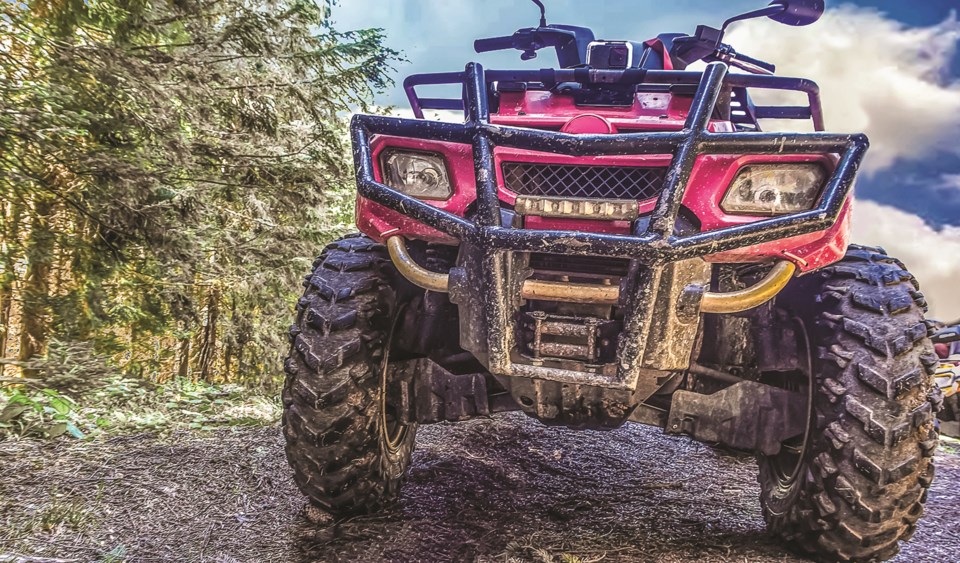 The City of Cold Lake is reminding OHV users to read-up on the municipality's bylaws.File Photo

COLD LAKE - A dirt biker caught travelling nearly 100-kilometres per hour within the City of Cold Lake has municipal law enforcement reminding Off-Highway Vehicle (OHV) users to let off the gas and follow the rules.

“There is no need to travel at this rate of speed on an off-highway vehicle at any time, never mind within the city limits where there are other people, vehicles and buildings nearby,” said Cold Lake's Protective Services Manager and Fire Chief Jeff Fallow in a release. “Not only is this behaviour against the law, it’s extremely dangerous and it puts lives at risk. The operator of this vehicle endangered their own life, and the lives of the people around them.”

The bylaw also states that OHV operators must obey all traffic control devices and signs, wear a helmet, not operate between 10 p.m. and 7 a.m., and ensure their OHV has one working headlight and taillight.

It also requires all drivers to enter and exit the city using the most direct route, and travel in the ditch beside the highway, on the shoulder of the road, on the far-right side of the road nearest to the curb, or on designated trails, alleyways, or service roads, whenever possible.

Mayor Craig Copeland said in a news release the city acknowledges that many of their residents use their OHVs for work, and play.

However, OHVs can't be used as a primary source of transportation under the city bylaw. This includes trips to the grocery store, visiting friends and family, and picking-up and dropping off children at school.

The city is encouraging OHV enthusiasts to get to know the municipal bylaws before hitting the trails and roadways.

“Historically our OHV users have, for the most part, been respectful of their fellow citizens and followed the rules when it comes to operating their machines within the city. But all it takes is a few bad apples to ruin it for everyone else. We strongly encourage operators to practice safety, follow the rules and operate their vehicles responsibly. We’re not in the business of passing new bylaws just to pass them, but if these vehicles start to become a nuisance or a safety hazard to our residents, we will certainly look at clamping down and putting more restrictive measures in place," Copeland said.

Anyone caught failing to follow the bylaw will face a $100 to $500 fine for a first-time offence. A second offence within one-year will result in double the fine, while the third and any subsequent offences carry fines that are triple the original amount.

Fallow said it's not speeding that is proving to be the only issue with OHVs.

“We’ve also seen operators travelling while impaired or with alcohol in their possession, jumping over ramps at the skateboard park and doing spin-outs on grass and pavement to deliberately cause significant damage. This is absolutely unacceptable. These operators risk having their vehicle impounded, being charged under provincial legislation including the Alberta Traffic Safety Act, and most importantly, injuring or killing themselves or someone else," he stressed.