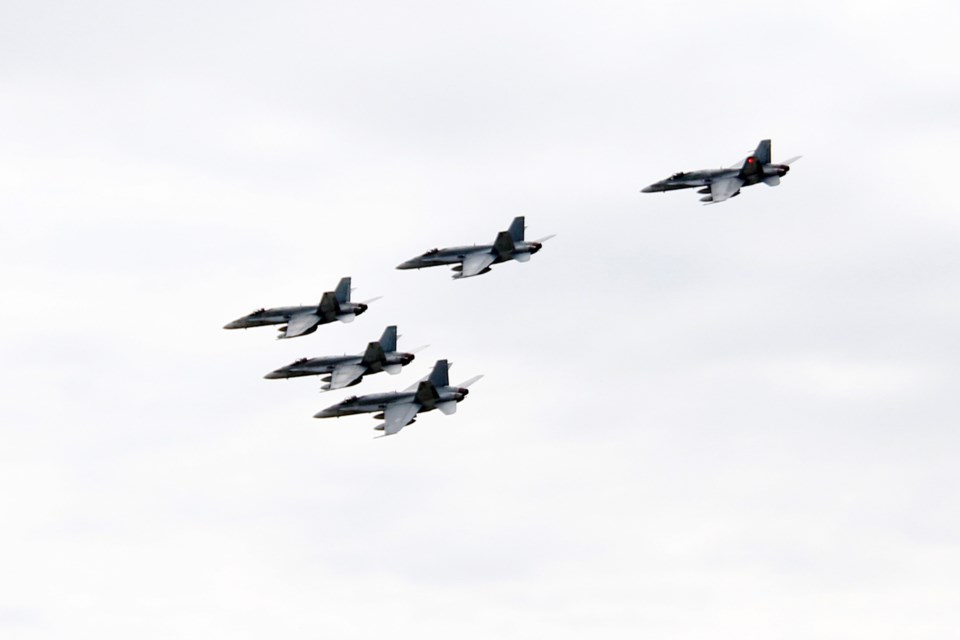 NORAD will be conducting Exercise AMALGAM DART from June 10 to 18 with some operations taking place in Cold Lake.

From June 10 to 18, the North American Aerospace Defense Command (NORAD) will be conducting Exercise AMALGAM DART, which will feature various military aircraft from the Royal Canadian Air Force and United States Air Force.

The exercise will be operating out of Alaska, United States and other northern locations including Cold Lake.

"While the majority of exercise flights will be conducted over sparsely populated Arctic areas and at high altitudes where the public is not likely to hear or see them, there will be increased aircraft activity at Cold Lake. Residents of Cold Lake may also experience an increase in military vehicle activity around 4 Wing Cold Lake for the duration of the exercise," detailed a press release from 4 Wing Cold Lake.

During AMALGAM DART, a "layer risk mitigation procedure will be employed which will strictly limit contact with the local population to the greatest extent possible in order to reduce risk of expose to COVID-19 for exercise participants and members of local communities."

According to the press release, participating U.S. military personnel are required to provide two negative COVID-19 tests, separated by a minimum of five days before arriving in Canada.

"All exercise participants will adhere to local, territorial/provincial, federal and Canadian Armed Forces/Department of National Defence guidelines, regulations and orders regarding public health measures for the duration of Exercise AMALGAM DART," the press release said.