“All of us who are members of this community hear and see about it in different ways. It’s not a matter of if it’s a problem, it’s what is the scope of the problem." Cold Lake and District FCSS manager Kim Schmidtz is working on getting the facts and figures when it comes to opioid addiction in the area.
Apr 29, 2021 8:00 AM By: Meagan MacEachern 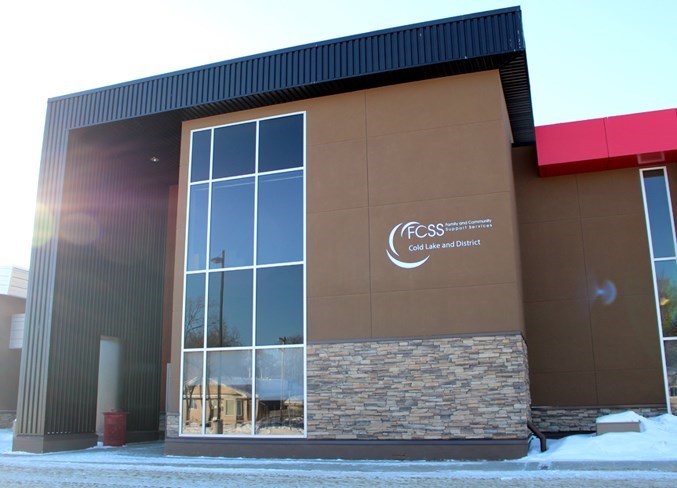 Kim Schmidtz, manager of the Cold Lake and District FCSS, is working on gathering the facts and figures when it comes to opioid addiction in the area.

COLD LAKE - “All of us who are members of this community hear and see about it in different ways. It’s not a matter of if it’s a problem, it’s what is the scope of the problem.”

Kim Schmidtz, manager of Cold Lake and District FCSS, said getting the facts and figures when it comes to opioid addiction in the city means "we're no longer denying that it's here."

“We know that it’s out there, but I think until we have a clear picture of what it is that’s going on in our own community, it’s easy for people to assume ‘I think it’s worse over there,’ or ‘I think the problem stems from here or there.’ No, it’s here, and what is it that we’re choosing to do about it so that we don’t lose any more lives?” she continued.

This is among the reasons why she is diligently working on getting a clearer picture of opioid addiction in the City of Cold Lake and MD of Bonnyville.

"Our job is going to be, inevitably, to continue to bring back our learning to intercity forum on social policy and then be able to have a better informed and intelligent high-level discussion with policy makers. In turn, it’s a circle. Our hope is to influence social policy on a provincial scale, which inevitably impacts us at the municipal level,” she detailed.

They're working with British Columbia-based company Urban Matters, which is made-up of educated professionals who work with municipalities on ways to find innovative solutions to complex problems, including opioid addiction.

Schmidtz brings the information that she learns from the intermunicipal collaborative back to her local FCSS advisory group.

“It’s my role to inform them on what it is I am up to... and talk about what it is we hope, inevitably, that work will create better outcomes for our own community,” described Schmidtz, adding it was during these conversations that they decided they wanted to know more about what's happening in their own backyard.

She explained that while documents such as the Alberta Opioid Response Surveillance Report from 2020 give a great idea of what's going on not only provincially, but in the north zone, it doesn't paint a very clear picture in terms of what addiction looks like locally.

This was why the local FCSS decided they would be the ones to look into it themselves. The problem is, they don't know where to start.

With the help of Urban Matters, Schmidtz is brainstorming ways to get those concrete numbers, and wonders if the best plan of action is reaching out to local resources such as addictions services, RCMP, emergency room staff, and ambulance society, among others, or if they're better of going to a provincial entity.

“Those are the community-level players that we know for certain have that kind of data, but would it be appropriate for us to gather numbers from all of those sources and create a picture, or is there a better way to go about it? That’s exactly what it is we want to learn before we really waste anyone’s time,” expressed Schmidtz.

She continued, “If we were going to reach out on a local scale, I’m suggesting that I’m not even certain that’s the best way to go about it or whether there is better and more accurate data that we can pull from the province, it’s just perhaps not relayed in reports... Where does this come from?”

FCSS is in what Schmidtz described as "the exploratory phase" of the topic.

“I think the point to all of this, is clearly it’s about bettering outcomes and, I think like all of our neighbouring communities, hoping that we could reduce the numbers of people and families who are struggling with such issues."

Having the numbers not only reveals the extent of opioid addiction in Cold Lake, it also "provides a relevance to elected officials, our fellow community services staff, and to the community members at large as to why awareness and education campaigns around opioids are critical,” Schmidtz explained.

She added, “We want to be armed with facts and move forward from a place of being educated, caring, and supportive, and look at it from a high-level and then develop strategies, understanding properly what the scope of the problem is."

Schmidtz will be working with Urban Matters on the best route of gathering information, while continuing to work with the various groups she is a part of on the bigger picture.

“I think we can make better informed decisions about what it is that we want to do to address the problem when we know accurately what the scope of te problem is, rather than assuming, which is dangerous.”