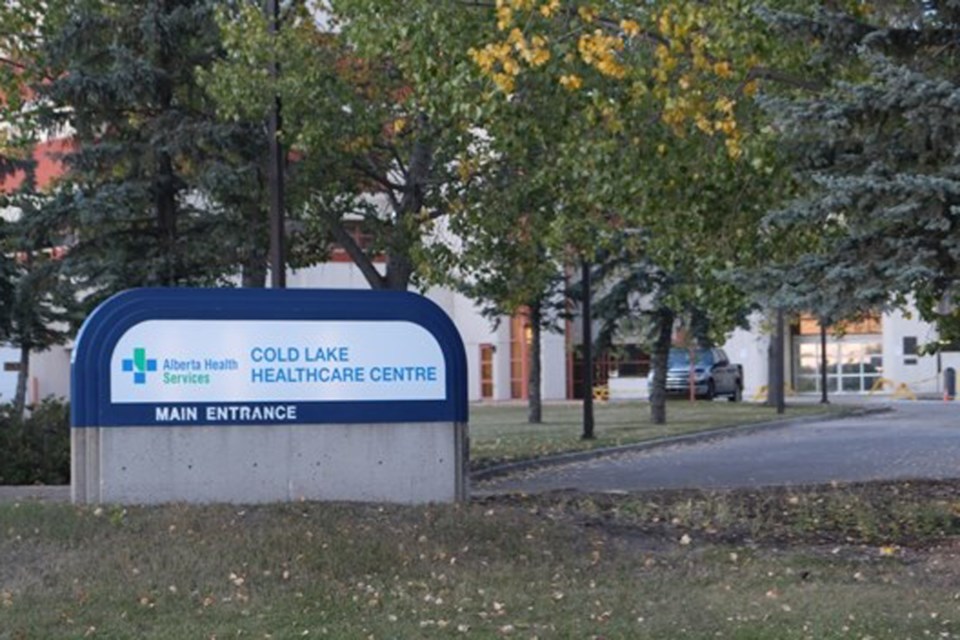 The ER at the Cold Lake hospital sees over 32,000 patients a year and concerns are growing about physician staffing levels keeping up with demand. File photo.

COLD LAKE – Ensuring area residents have access to necessary medical services is an increasing concern as staffing levels at the Cold Lake Healthcare Centre have dropped to only eight physicians.

Local officials from the City of Cold Lake and MD of Bonnyville stated in a joint press release they've heard from the city's healthcare workers that the number of physicians at the hospital is insufficient to run both private practices and keep the emergency room (ER) staffed 24 hours a day.

“Our physicians do a tremendous job of meeting our region's healthcare needs, but they cannot keep up this workload indefinitely,” City of Cold Lake Mayor Craig Copeland said in a press release. “The Cold Lake Healthcare Centre serves a large area and is known for its excellent health care services. It doesn’t seem fair that they are staffed so that every time a doctor leaves, the rest see their quality of life evaporate as they pick up the slack to keep the emergency room open.”

Due to the large area that the Cold Lake hospital serves, the ER sees over 32,000 patients a year.

Jennifer Cory, who sits on the board of directors for Hearts for Healthcare, noted this high intake is why it's considered an "urban" ER.

“That’s largely due to the fact that we have a doctor shortage,” she added. “There are so many unattached patients that they go through the ER for their health care.”

If the staffing levels at the Cold Lake hospital aren’t increased, the major concern is that ER operating hours will be impacted. Unfortunately, the current demand placed on physicians coming into the city and less of a pay incentive than other northern communities is making recruitment tough.

“Because we’re short-staffed already, people are coming into a short-staffed situation and that’s not really an appealing situation to come into knowing that you’re going to be working long hours for less pay,” detailed Cory, adding they’re expecting to lose up to three physicians in the near future.

“It will be a big impact on our community and the services provided.”

A physician's pay structure allows them to apply a variable rate to the services rendered, based on the community they operate in. These variable rates are assessed based on how isolated a community is from other health care supports.

MD of Bonnyville Reeve Greg Sawchuk stressed a sustainable healthcare system needs to fit the population and the demand.

“It seems that the healthcare system in Cold Lake was built to suit a budget rather than the demand that is being placed on it, and we’re confident that this government will have a serious look at our situation. This isn’t a healthy situation for the doctors or the patients."

Sawchuk noted that the maximum approved staffing level would still leave them about four doctors short of being able to have a family doctor for everyone in the region.

Along with changing the pay structure and approved staffing levels, solutions being proposed that would help alleviate the workload in Cold Lake include hiring a full-time operating room assistant and changing the status of the ER from "city" to "rural," which would affect physicians' compensation.

Cory stressed these changes could help when it comes to doctor recruitment.

“The physicians want a level playing field and they want to be able to recruit and make our community of physicians in healthcare ones that want to stay in Cold Lake who work and build a life here. But, if you’re working 24 hours a day, seven days a week as an anesthesiologist or an obstetrics provider or family physicians working in the ER, that’s not a life. That’s just a job and if we can’t get more physicians in, then there’s no incentive for people to come up here and work.”

Community rallies behind Kokum's House in search for new facility
Jul 3, 2020 8:00 AM
Comments
We welcome your feedback and encourage you to share your thoughts. We ask that you be respectful of others and their points of view, refrain from personal attacks and stay on topic. To learn about our commenting policies and how we moderate, please read our Community Guidelines.