Cold Lake RCMP have arrested two males after finding a 40-calibre handgun and suspected methamphetamine and cocaine.
May 6, 2021 10:18 AM By: Meagan MacEachern 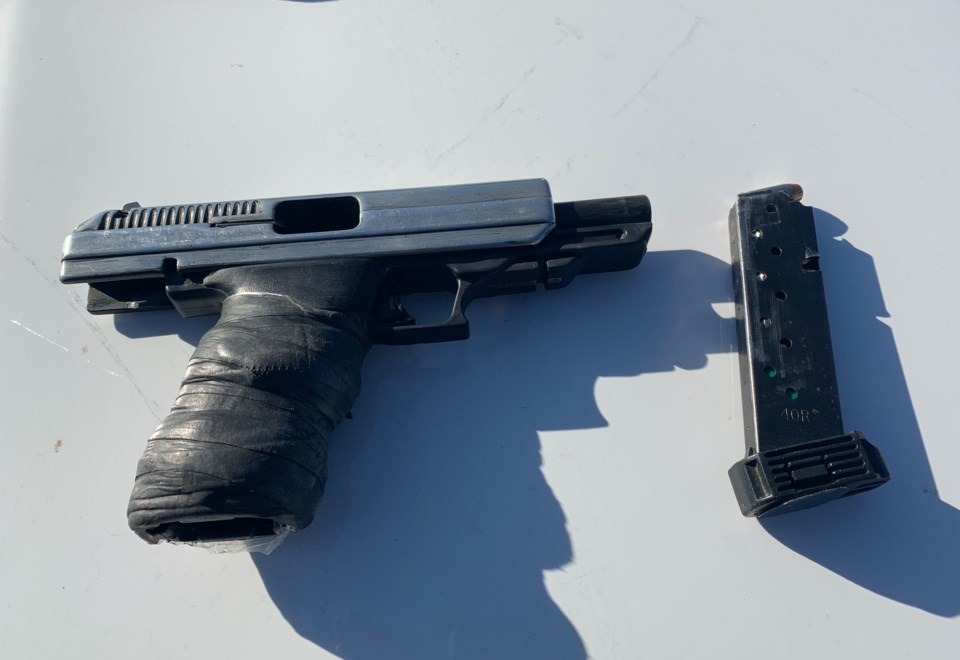 Cold Lake RCMP found a 40-calibre handgun on one of the suspects they arrested on May 3. Provided by RCMP

In addition to what has been suspected as methamphetamine and cocaine, Cold Lake RCMP found a 40-calibre handgun when they searched James Robert Dean Lees and a second suspect on Monday, May 3.

Officers, in addition to the Cold Lake Police Dog Service Unit, and Lakeland Crime Reduction Unit, responded to a report of suspicious activity on a rural property near Hwy. 55 in Cold Lake.

Police attended the scene and located two male suspects who were trespassing on the property. After speaking with the individuals, police determined one of the males was wanted on outstanding warrants and provided police with a false name.

A high-risk arrest was conducted and both suspects were taken into custody. During a search of one of the suspects, officers found a 40-calibre handgun and what is believed to be methamphetamine and cocaine.

He was remanded into police custody and is scheduled to appear in court May 6.

The second male, who cannot be identified by police as his information has not yet been sworn was charged with mischief and possession of a weapon for a dangerous purpose. He was released by police on an undertaking with conditions and is scheduled to appear in court July 14.