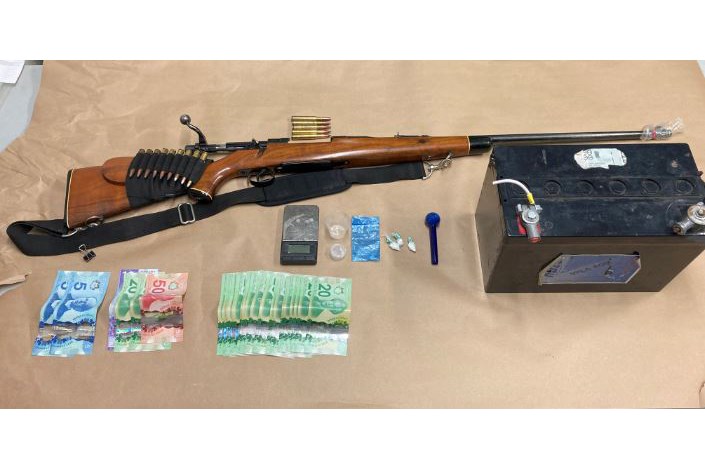 Items seized during a search of a residence on the Elizabeth Métis Settlement are pictured. RCMP photo.

COLD LAKE – On the morning of Sept. 9, Cold Lake RCMP received a report of a break and enter that occurred at an oil lease site in the Cold Lake rural area.

A search warrant was obtained later that day for a residence in the Elizabeth Métis Settlement through information obtained from the break and enter.

During the search, police located and recovered property linked to the break and enter along with a loaded rifle, stolen license plate, and suspected methamphetamine and cocaine.

Marty was released after a judicial hearing and is set to appear in Cold Lake Provincial Court on Sept. 16.

A 42-year-old female, who cannot be named at this time pending swearing of an information, was also charged with four offenses and released. She is set to appear in Cold Lake Provincial Court on Oct. 28.