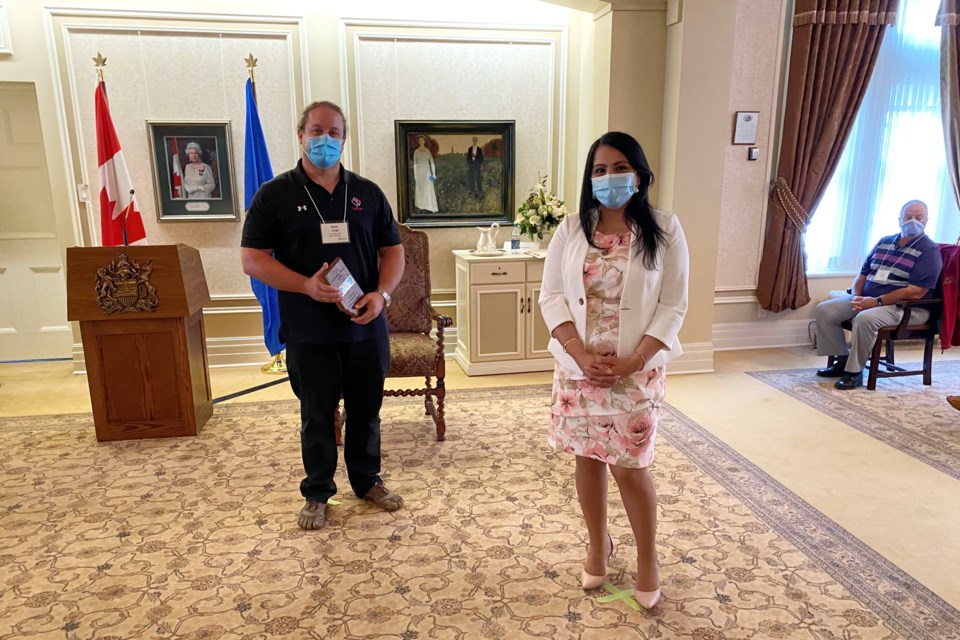 The Cold Lake resident is a recipient of the 2020 Inspiration Awards. Presented by the province to organizations and individuals, Todd was one of just two people in Alberta presented awards for leadership in bullying prevention.

When Todd accepted the award on July 24, he described himself as “the one kid at the grown-up table.”

“I was in very good company,” he recalled. “There were a lot of organizations that were honoured for creating entire support systems surrounding either sexual violence, poverty, or (family violence). Then, there was little old me who plays rugby with kids.”

Todd is the family outreach worker at Assumption Jr./Sr. High School, a position he's held since 2003.

He presents to classes on a number of different topics, ranging from diseases, self-esteem, sexual assault prevention for older students, the dangers of vaping, and emotional self-regulation for the junior high classes.

During his time at the school, Todd said he “tries to go above and beyond.”

“I’ve kind of been the guy who will drive the bus or supervise the event or do that kind of stuff just to give the kids an opportunity to have a place where they can get to know us other than when they have a problem,” he continued. “I do stuff like coach rugby and I have clubs after school and stuff like that so we get to see the kids when they’re not at their worst and when they’re not in crisis, so when they are in crisis we know them so we can help them.”

Assumption academic and career counsellor Lynné Vining put Todd’s name forward because “Brett has taken on roles within the school that would definitely quality him to be recognized as a recipient of the Inspiration Awards.”

“Brett spends a great deal of time working with students and families to provide counselling and support in a number of crucial areas,” she wrote in her nomination letter. “Brett works with students through individual coaching and counselling to address areas of their life where they need support and provides them with strategies for dealing with their issues.”

Todd was born in Cold Lake and grew up in military bases across Canada. He originally went to Bishop’s University for computer science, but switched to a Bachelor’s of Psychology as he believed he could fill a gap that was present when he was in high school for at-risk students.

“The teachers were well-meaning but it seemed like when it came to things outside of education, there didn’t seem like there was anyone to go to,” he noted. “There wasn’t an official mental health support or anything like that, and we just had each other. When this program came around I was like ‘that’s where I want to go.’”

In 2018, Todd completed his master’s degree in counselling psychology at Yorkville University “just to be better at my job.”

Todd expressed his appreciation for having his name put forward and said he was honoured to receive the award.

COVID-19 case confirmed at Cold Lake Lodge
Nov 20, 2020 11:45 AM
Comments
We welcome your feedback and encourage you to share your thoughts. We ask that you be respectful of others and their points of view, refrain from personal attacks and stay on topic. To learn about our commenting policies and how we moderate, please read our Community Guidelines.