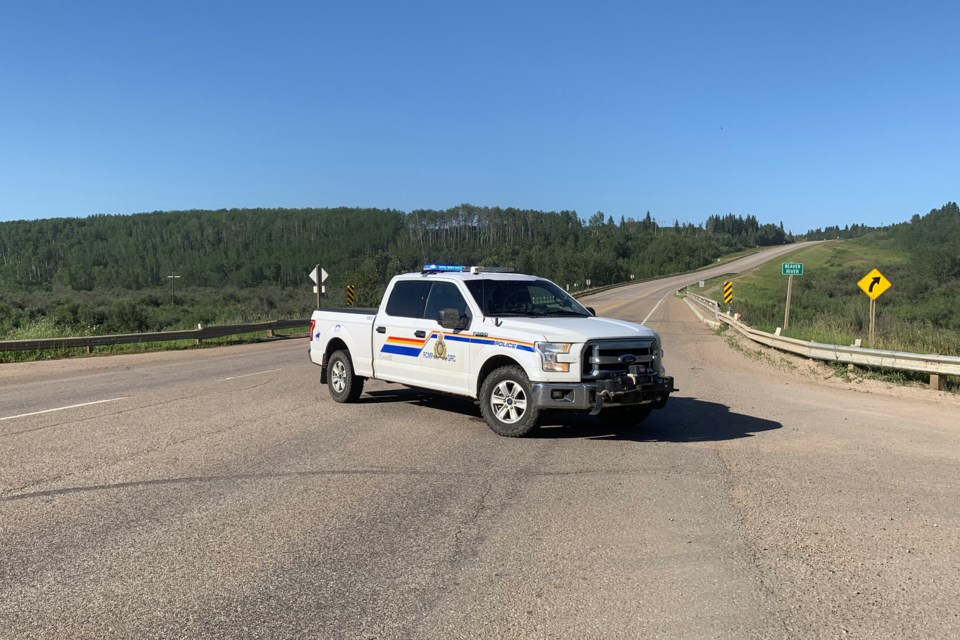 Cold Lake RCMP closed off a portion of Hwy. 28 on July 28 after a fatal two-vehicle collision occurred. Photo by Robynne Henry.

At approximately 4:40 p.m. on July 28, members responded to a report of a two-vehicle crash at the intersection of Hwy. 28 and Hwy. 55, just south of Cold Lake.

Preliminary investigation revealed a motorcycle was travelling northbound on Hwy. 28 when a southbound truck attempted to make a left turn at the intersection and a collision occurred.

The driver of the motorcycle, a 52-year-old male from Cold Lake First Nations, was pronounced deceased at the scene. The adult male driver of the truck wasn’t injured.

Cold Lake RCMP along with a RCMP Collision Analyst continue to investigate.

The name of the deceased won’t be released.

Bonnyville man arrested after robbery at Cold Lake apartment
Aug 7, 2020 2:33 PM
Comments
We welcome your feedback and encourage you to share your thoughts. We ask that you be respectful of others and their points of view, refrain from personal attacks and stay on topic. To learn about our commenting policies and how we moderate, please read our Community Guidelines.