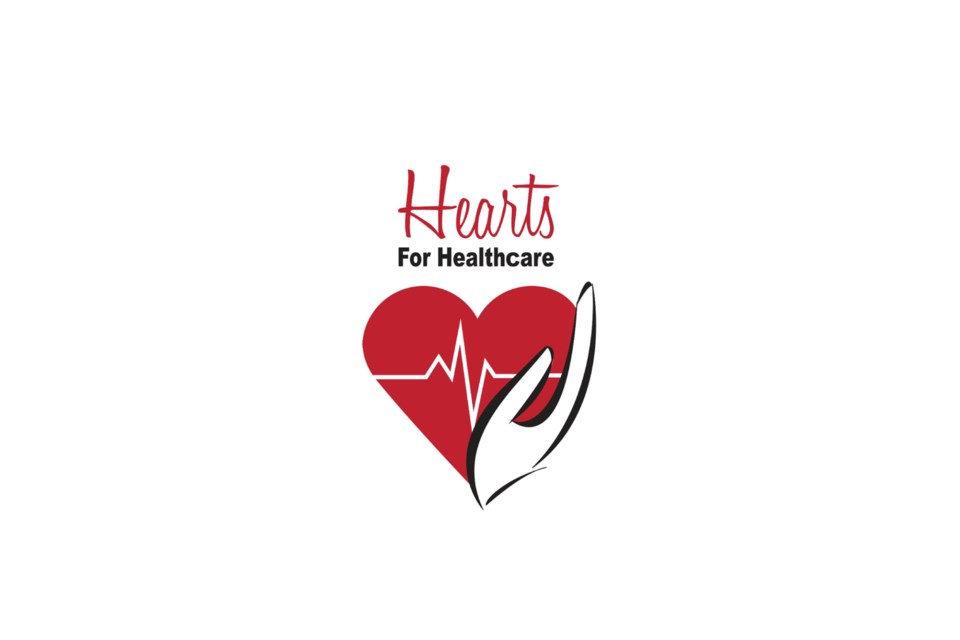 Hearts for Healthcare has put a call out for nominations for nurse of the year and healthcare excellence award. File photo.

COLD LAKE – Hearts for Healthcare has put a call out to the community to nominate a healthcare worker who goes above and beyond for their patients.

While the organization isn't able to host their annual gala this year, that isn't stopping them from recognizing local frontline workers through their nurse of the year and healthcare excellence awards. Residents have until May 31 to submit the name of a deserving healthcare worker.

“It’s just someone who goes out of their way to make you feel safe, cared for, and it’s for pretty much anybody who works in healthcare,” expressed Kari Leiper, Hearts for Healthcare hearts coordinator.

The nurse of the year award puts a spotlight on a nurse from the Cold Lake area who goes out of their way to deliver exceptional service to patients and leaves a lasting impression.

The healthcare excellence award is a bit broader, and anyone who works within the field can be nominated for this honour.

“The healthcare (workers) can be a nurse or doctor. It can be someone who works in maintenance, it can be someone who’s in dental, physio, optometry, kind of any of those areas,” Leiper detailed, adding it’s a chance for the patient to share a meaningful interaction.

“I think there’s just some really great stories out there right now where people are going above and beyond with the jobs that they do. We’d love to share some of the great stories about people that are on the front lines.”

This is the eighth year Hearts for Healthcare has organized the awards, and it's going to look a little different this time around. Typically, the winners are announced and receive two tickets to their annual gala. As the event was cancelled due to the coronavirus pandemic, Leiper said they’re trying to figure out the best way to honour those who had their names put forward.

“We’re kind of in the process of coming up with a new prize. The winner will still receive two free tickets to next year's gala, but this year we kind of want to do something a little different,” she explained.

Given the current climate, Leiper believes now is a great time to put the spotlight on a healthcare worker.

“I think everybody has a story of somebody who’s touched their heart. We all have family members, I think, that are putting themselves at risk and are working really hard right now and it’s just a nice way to say thank you.”

So far, there’s roughly 20 nominees for both categories, which will be shared on Hearts for Healthcare’s social media before the winners are announced at the beginning of June.