Residents in the City of Cold Lake have the opportunity to join a pen pal program
Dec 13, 2020 4:00 PM By: Robynne Henry 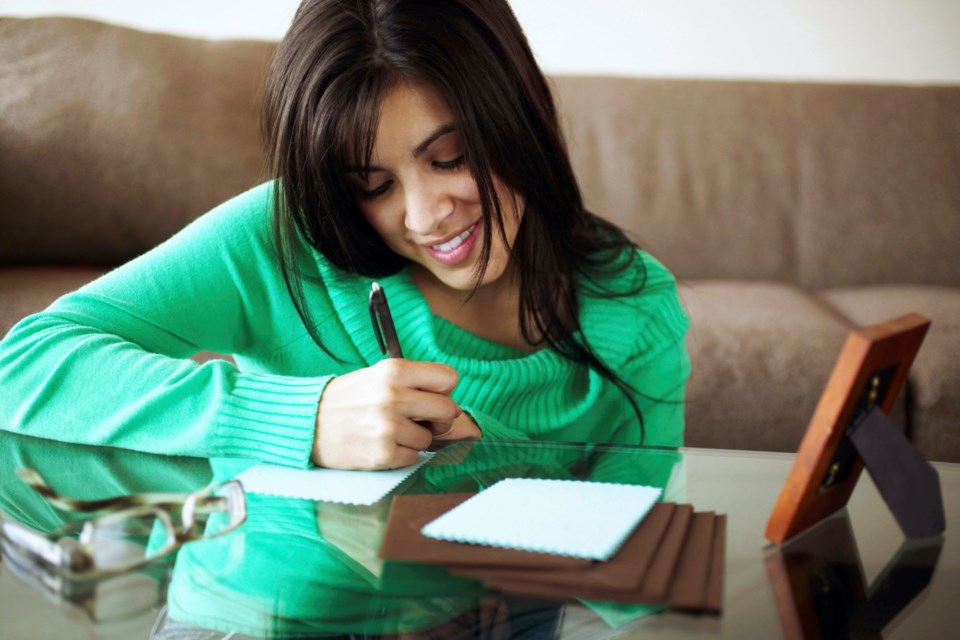 COLD LAKE – If you’re looking for an offline activity to do, the Cold Lake Palliative Care Society has the program for you.

The local organization launched a pen pal program earlier this month, which has already collected over 300 letters from the community and students in the area.

“We’ve had a huge response,” expressed Sarah Anderson, communications officer for the Cold Lake Palliative Care Society. “It’s been a bit slower getting in touch with the seniors just because schools move a bit faster than seniors, so we’ve contacted the (Cold Lake and District) FCSS and stuff like that to try and get some information and the program out to them. As soon as people are interested in receiving letters, we’ve got tons to send out to them.”

The idea to launch the initiative came after Anderson saw a similar one taking place through the Grande Prairie Palliative Care Society.

Seniors at the Cold Lake Lodge, Points West Living, and Cold Lake Long-Term Care have already received the first batch of mail through the program.

Anderson has divided the letters they’ve received into two categories, ones with a Christmas theme and those without.

“We’re kind of hoping this will extend past the holidays,” she noted. “We’re hoping that this will be something that continues. Seniors, in general, can get lonely. I have a background in home care, so seniors are quite often lonely because they aren’t able to get out as much, whether it’s out of their homes or if they live in a facility. We’re just kind of hoping to alleviate some of that loneliness, especially with COVID-19 everyone’s feeling a little bit more lonely these days so we’re just hoping to help lots of people all in one go.”

All of the notes received are put through a screening process and Anderson asked that identifying factors not be included for those wishing to participate.

“We’re trying to keep it anonymous one way or the other so the pen pals don’t necessarily know each other’s home address and personal stuff like that, just to keep everyone safe,” she explained, adding there’s no topic off-limits for those writing back and forth.

Although the program has just started, Anderson hopes to continue it as long as possible.

“As long as we’re receiving letters back and forth, we’ll keep it going.”

Those interested in being matched up with a pen pal can either email clpcsadvertising@gmail.com or mail their letter into Cold Lake Palliative Care Society Pen pal program PO Box 1505, Stn Main Cold Lake AB, T9M 1P4