A City of Cold Lake councillor was 'appalled' that STAR Air Ambulance must reach out to municipalities for support in order to provide life saving services
Feb 5, 2021 3:30 PM By: Robynne Henry 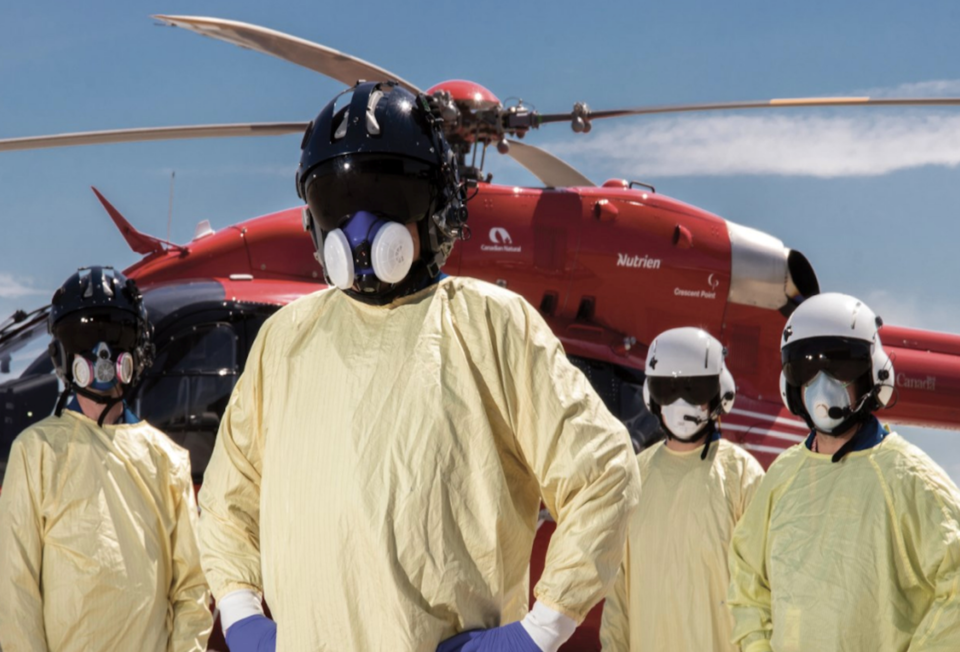 COLD LAKE - “It’s appalling the fact this service has to go out and do bake sales in order to come up with funding that’s appropriate.”

City of Cold Lake Coun. Chris Vining suggested the municipality look into writing a letter to Alberta Health Services (AHS) while the municipality reviewed the possibility of providing a donation to STARS Air Ambulance Service.

“I find it to be such a distasteful conversation that we have to have in these chambers around this issue of having to fundraise for a service that provides life-saving (services) to the residents of the province of Alberta,” Vining stressed during council’s Jan. 26 meeting. “It’s not a proper, fully funded envelope service that’s provided to the citizens without having to, and the thing is, there’s infrastructure money into this. They’re spending money to try and raise money... I’m embarrassed that we have to go down this road of having to then turn around and think municipal dollars - when residents of Alberta already pay enough in taxes that pay into these services - that they shouldn’t have to deal with this.”

City council originally discussed the possibility of providing a donation to STARS during its Jan. 19 corporate priorities meeting after Mayor Craig Copeland and CAO Kevin Nagoya had a meeting with STARS to learn more about the services they provide.

The not-for-profit organization provides services under a contract with the province of Alberta, but has struggled to fundraise due to the COVID-19 pandemic.

Since 2011, STARS Air Ambulance has done 103 flights to the Cold Lake inter-facility and six near Cold Lake. There were a total of 24 flights in 2020, which is an increase of 11 when compared to 2019 numbers.

Council passed a motion to provide a $10,000 donation to STARS Air Ambulance, but the discussion focused on the fact that an organization like STARS had to fundraise at all.

Coun. Bob Buckle wondered why there hadn’t been an increase in funding provided by the provincial government for STARS Air Ambulance as some other areas have been shut down due to the coronavirus pandemic.

“There are a lot of areas in AHS that aren’t program delivering because of COVID-19, so what are they doing with their money because as far as I know their budgets haven’t been cut, but it does raise the question... Why isn’t the funding envelope there for STARS? Why isn’t it AHS . . . they’ve got to be realizing some of the same things because of a lack of delivery of services that they’ve been providing throughout the hospitals during this COVID-19 period.”

An example Nagoya used for why STARS Air Ambulance may need to fundraise was the Cold Lake Ambulance Society. The society operates as a not-for-profit agency and often reaches out to the community for financial assistance for things such as ambulance replacements.

The municipality will be reaching out to STARS Air Ambulance for some clarity and will discuss the topic further at a future meeting.

The MD of Bonnyville also provided a $10,000 donation to the not-for-profit during their Jan. 6 meeting after a presentation by STARS Air Ambulance.