Northern Lights Public Schools is collecting feedback on three possible solutions for the over population in their Cold Lake facilities
Nov 16, 2020 1:00 PM By: Robynne Henry 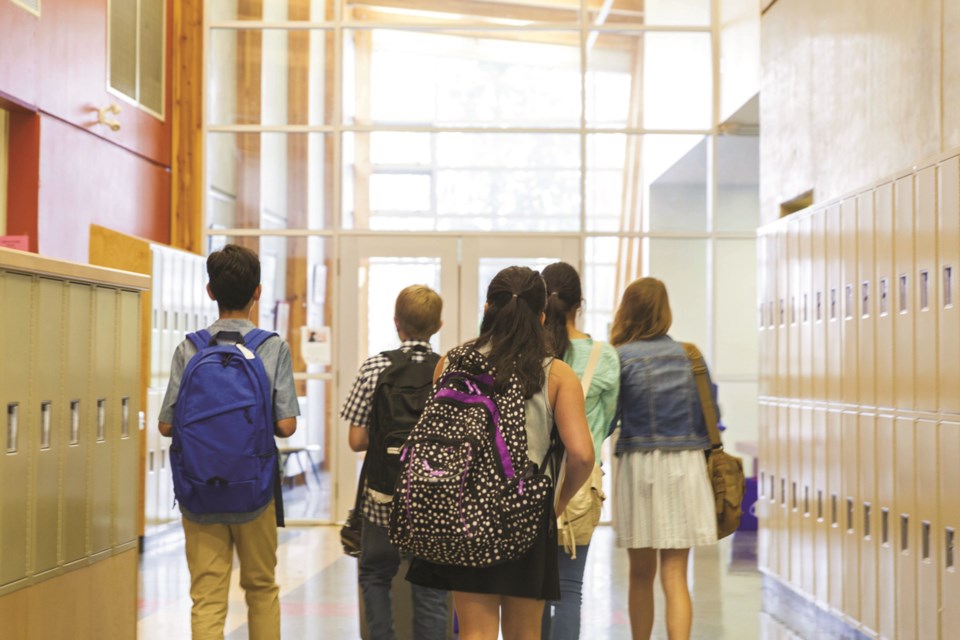 The Cold Lake Configuration Committee’s options were presented to parents and staff in November, with two online meetings on Nov. 9.

All three of the options have Art Smith Aviation Academy as a kindergarten to Grade 6 facility, which would be changed to include Grade 8 depending on the enrolment demands.

One possibility presented was the Streamlined Configuration Option, which would see North Star Elementary, Cold Lake Elementary, and Nelson Heights School turned into kindergarten to Grade 6 schools while Cold Lake Middle School would become a junior high with only Grades 7 to 9 present and Cold Lake High School would have Grades 10 to 12.

The process began due to enrolment projections at four schools becoming an issue. Nelson Heights School would be over-capacity by the 2000/23 school year, while Cold Lake High School would be in the same situation the following year. Cold Lake Elementary and Art Smith Aviation Academy would also be fully-utilized by 2023/24.

According to NLPS secretary-treasurer Paula Elock, the province requires school divisions to attempt to address or solve these issues themselves if they want to have one of their capital plan priorities considered, which in this case is North Star Elementary.

“We're over capacity in the north and at Art Smith, but we’re under capacity at two other schools. So what can we do? Can we reconfigure or redraw boundaries? At that point in time, we were looking at this and having conversations with Alberta Education and decided to embark upon this process in order to get information from parents on what would be the best way to reconfigure schools so that we can actually go to Alberta Education and ask for modernization or a replacement school or what have you for our schools because we don’t make those decisions,” Elock detailed.

The Cold Lake Configuration Committee was formed in 2019 to come up with solutions to address these issues, which consists of two parents and principals from each school in the city.

After looking at the pros and cons of each facility, they worked together to create solutions that could be presented to parents and staff for feedback. Once all the information is collected, recommendations will be made to the NLPS board of trustees who will then decide on which one to go ahead with.

As the process was reaching the public consultation stage, the committee decided to put the project on hold due to the coronavirus back in April. They came back together in October to decide whether or not they’d like to go ahead as NLPS’ enrolment numbers were impacted as a result of COVID-19.

“It comes as no surprise that the enrolment this year was less than we had expected and that’s the case across the province with all school divisions,” Elock noted, adding their numbers have come down a little bit but still need to be addressed.

“Our numbers have come down a little bit, but not to the point that we feel that we could abandon the process.”

During one of the Nov. 9 meetings, one question raised was when configuration would begin. Elock stressed a timeline hadn’t been determined yet but it could begin as early as the 2021/22 school year. One example she used was if North Star Elementary was to become a kindergarten to Grade 6 school.

“Rather than just sending the kids to Cold Lake Middle School and bringing them back to North Star, we might just keep them at North Star, maybe even starting as early as this fall, but we would have to make those decisions and determinations depending on that model that is actually chosen.”

Another concern discussed was going ahead with the reconfiguration during the coronavirus pandemic and the impacts it would have on students’ mental health.

“The idea would be that we would move or keep certain grade levels but we haven't discussed it fully other than say moving versus not moving students to prevent them from flip-flopping back and forth,” detailed Elock. “There’s been no firm discussion on it and it’s only being raised as a potential conversation.”

Once the engagement with stakeholders has been completed, the Cold Lake Configuration Committee will make a recommendation to the board of trustees by June 2021. A final decision will then be made on how NLPS will proceed with the configuration in the city.

Cold Lake detachment locking its doors, Bonnyville RCMP limiting access
Nov 18, 2020 10:33 AM
Comments
We welcome your feedback and encourage you to share your thoughts. We ask that you be respectful of others and their points of view, refrain from personal attacks and stay on topic. To learn about our commenting policies and how we moderate, please read our Community Guidelines.