'A slap in the face': Local nurses describe proposed contract

Nurses across the province are disappointed with the province's proposed nursing contract.
Jul 20, 2021 9:00 AM By: Meagan MacEachern 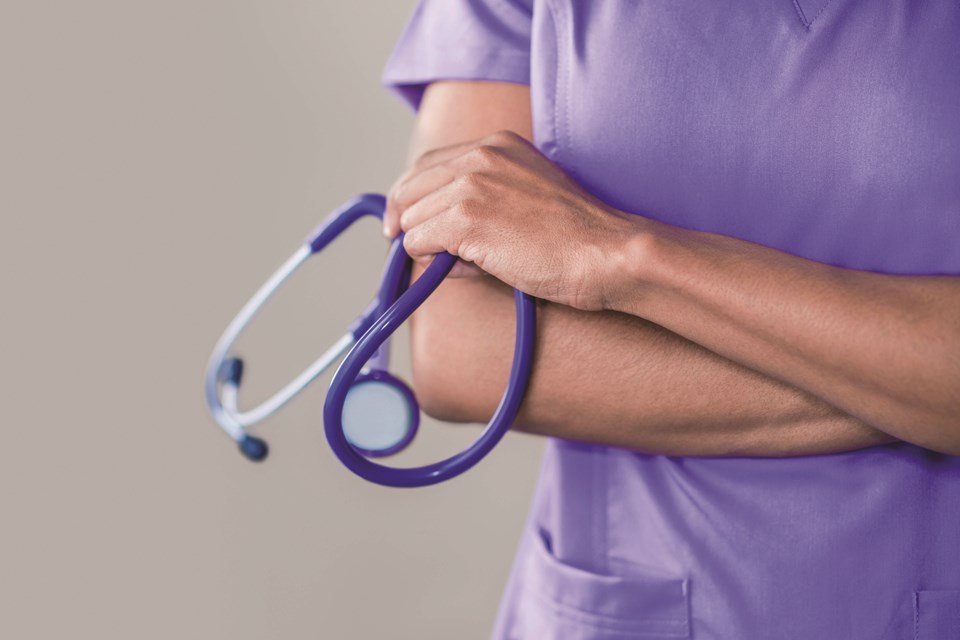 Local nurses are describing the province's proposed contract as "a slap in the face."File Photo

LAKELAND - “They’re angry, frustrated, they feel attacked as a profession."

Nurses across the province are expressing their disappointment over the province's proposed contract, said Registered Nurse Christina Dietrich, who is also the Bonnyville president for the United Nurses of Alberta (UNA).

“They feel completely disrespected by the government."

In addition to a three per cent wage rollback, the proposed contract, which was released earlier this month, includes hundreds of layoffs, schedule adjustments, and cuts to the nurses' premiums, among other items.

For Dietrich, who hears first-hand how local nurses feel about the contract, "it's a slap in the face," especially coming off of the heels of a pandemic where health care workers were needed the most.

“The lingo that’s going around is we went from heroes to zeros," she added.

Vice President for the Alberta Union of Provincial Employees (AUPE) Bonnie Gostola said in a media release, “AHS wonders why it can’t attract and retain talent – this is why... They have no respect for their employees, who’ve poured heart and soul into this work over the past 15 months. Our members are endlessly compassionate, but they are not bottomless vessels. They’re drained. Some haven’t seen a raise in years, and they need this government to pour into them for a change.”

In a statement, Alberta's Minister of Finance Travis Toews explained how Alberta nurses currently make 5.6 per cent more than other comparator provinces.

"This costs Alberta approximately $141 million per year at a time when our finances are already stretched. The need to bring wages in line with other large provinces does not diminish our deep respect for the exceptional work and dedication of public sector workers. It is simply reflective of our fiscal reality, and one that many sectors in the province have experienced."

According to Toews, over the course of the pandemic, Alberta spent roughly $5.1 billion on COVID-19 response and the Alberta Recovery Plan.

"This is above and beyond the $23 billion health expense in Budget 2021 – the largest single-year investment in health care in Alberta’s history," he stated. "Alberta can no longer afford to be an outlier. We are hopeful that AHS and UNA will bargain in good faith to ensure health care workers are treated fairly, while being respectful of the province’s fiscal reality."

Dietrich said while registered nurses and registered practical nurses may make more than those in other provinces, the same could be said for most careers in Alberta.

“We do make more... but if you look at the overall picture, the majority of professions in Alberta make higher wages than the rest of the country, including the minimum wages. They’re the highest in the country – it’s not just the nurses,” she expressed.

However, Dietrich stressed the pay cut isn't the only issue nurses have raised when it comes to the contract.

In addition to the deduction in wages, the most recent contract put forward by their employers, which includes Alberta Health Services (AHS), Covenant Health, and others, has changes to proposed weekly hours, a cap to the amount of overtime staff can bank, and eliminate designated days of rest.

She noted, the way the contract is worded, an employer could schedule a nurse to work for two weeks without a break.

Those stretches can take a toll on staff, Dietrich said.

“It comes to, definitely, physical and mental burnout for the nurses, which then impacts patient care; the safe care that nurses can give."

She continued, “The problem is, even if a nurse were to call in and say they aren’t physically or mentally fit to work, the employer can force them back and say ‘you have to work.’ In the end, our licensing body, if anything were to happen, doesn’t stand behind the registered nurses, because nurses have a professional responsibility to say ‘I am not fit to work and to provide safe patient care.’"

The wage cuts also go beyond the three per cent.

In fact, Dietrich explained when you take all of the deductions into consideration, they're actually facing a 10 per cent decrease in pay.

“There’s a three per cent rollback for wages. We get evening premiums, and there’s a rollback of five per cent (there). Then, twice a year we get a lump sum payment to adjust for the inflation rate - that is another two per cent in loss of income,” outlined Dietrich.

This contract will only hurt an already struggling industry, she stressed.

"With a contract like that, nurses are already starting to seek employment in other provinces. There will be no registered nurses or licensed practical nurses seeking employment in Alberta... We are already in a crisis of a nursing shortage and this is just going to make it worse."

Referencing the number of bed closures in communities such as Elk Point, St. Paul, and Cold Lake, Dietrich explained how patients are starting to be affected by the nursing shortage.

“It will impact of course, the patient care, because the waiting times in the emergency departments will drastically increase, the care itself will be impacted, and already we are seeing a huge crisis of bed availability in the province,” said Dietrich.

Dietrich commented on Minister of Health Tyler Shandro's comments regarding the staffing shortage.

“I know Minister Shandro keeps saying this was expected because of nurses taking holidays. One thing is, a lot of nurses aren’t even able to take holidays because of the shortage,” she stressed. "That is actually a lie."

“AHS has never suggested to us that vacations are the problem,” said UNA President Heather Smith in a statement in June. “It’s offensive to suggest nurses are responsible for these problems by taking desperately needed vacations.”

How long contract negotiations will last is hard to tell. Dietrich noted they've already gone on for two years and until the union and employers can agree, it will continue.