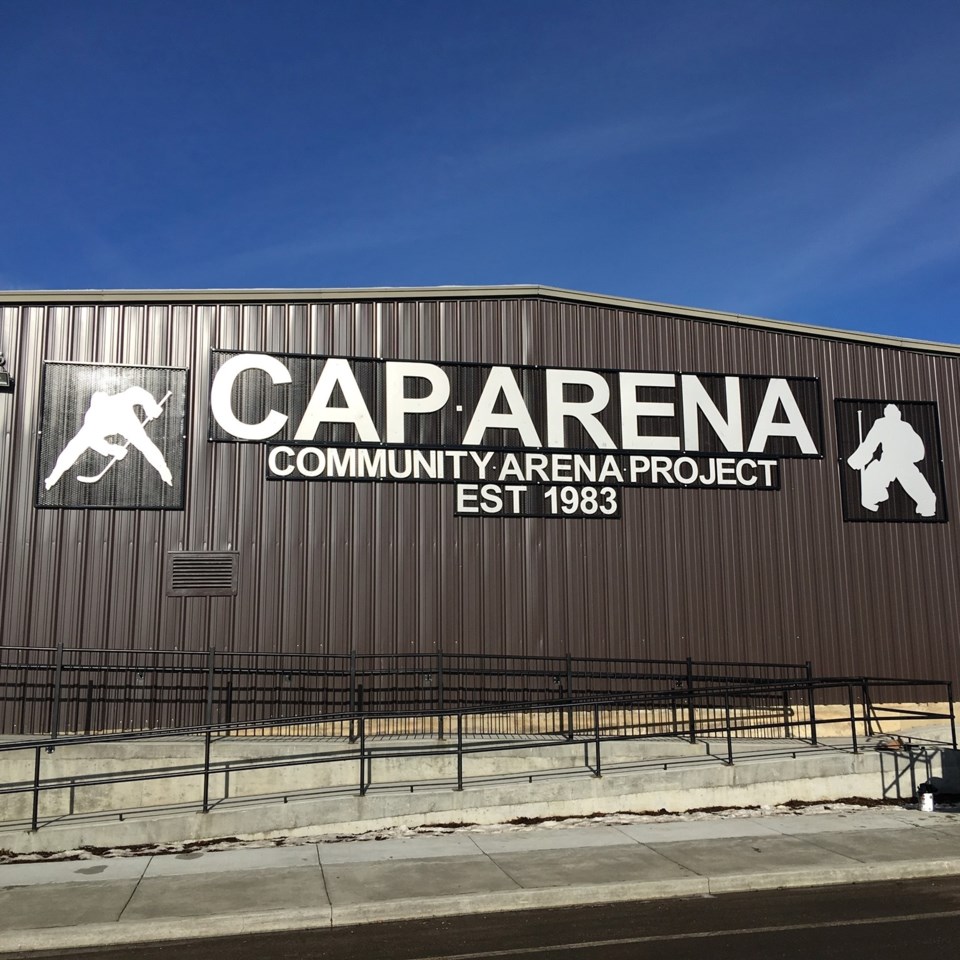 The CAP Arena will see upgrades thanks in part to hard work from the association and a CFEP grant worth $320,000.

Although the hockey season came to a sudden end in March, there is plenty to look forward to in the coming season, including the Community Arena Project (CAP) Association being successful in obtaining a grant worth $320,000 to upgrade the busy arena.

A letter was sent to Ron Boisvert, a long-time member of the CAP Association, from the Alberta Culture, Multiculturalism, and Status of Women, notifying him that the association would receive a Community Facility Enhancement Program (CFEP) grant. The grant will be used to upgrade the CAP Arena.

"As Minister of Culture, Multiculturalism, and Status of Women, I am extremely honoured to support the work of nonprofit organizations that aim to foster healthy, vibrant communities across Alberta," reads the letter, signed by Minister Leela Sharon Aheer. "The Government of Alberta is proud to support organizations that improve the quality of life in our communities."

The letter further states the CAP Association is to be commended for its hard work on the large community project.

"It will have a positive effect on the quality of life in our community," reads the letter.

Boisvert described the grant as a "godsend."

"This was a major relief to our committee. . . We now have to do fundraising for approximately $100,000 instead of $420,000. This is very workable especially in these tough economic times and turmoil," said Boisvert.

At the Town of St. Paul regular council meeting on Sept. 23, 2019, Boisvert, who is also a town councillor, did a presentation on behalf of the CAP Association. The association also asked the town to take out a debenture, which would be paid back by the CAP Association, to help cover part of the total cost of the project.

In his presentation to council, a letter with information was given to town council.

"The CAP committee along with the assistance of St. Paul Minor Hockey is embarking on another major project. The reasons we have to review our plant situation is: our chiller has outgrown its life by three years and could quit working anytime. . . The second reason is the use of ammonia which could lead to a safety issue with our staff and maintenance people," reads the letter presented in September.

The upgrades will not eliminate the use of ammonia totally. However, it will reduce the amount being used and will eliminate some of the risk to the staff and public, explained Boisvert. The project is estimated to cost about $700,000.

According to an updated budget, there is an additional $3,000 of electrical work listed, and $28,000 is being planned for unexpected costs. The total budget is now set at $730,000.

The Town and County of St. Paul are each set to put $50,000 towards the project. St. Paul Minor Hockey is listed as contributing $105,000. The CAP Committee will be putting $105,000 toward the project also. With the CFEP grant now in place, there is a $100,000 shortfall, which will be fundraised through various means.

"Our plans for the shortfall are, we will take out a municipal debenture for five years to cover the whole shortfall, or pay for it out of accounts if we have enough to cover at that time. This debenture, if needed, has been pre-approved by the Town of St. Paul. The CAP committee will be doing many fund raising activities to cover the debenture payments. We might be a little aggressive on our contingency amount, however, we want to make sure we are covered for unexpected expenses which may occur for the installation of the plant," reads the budget document provided by Boisvert.

The project includes all new equipment with the exception of the compressor, which still has 10 to 15 years left for life expectancy. A concrete pad with a separate building for the new equipment will have to be built, and hooked into the existing arena building.

When Boisvert did the presentation in the fall, it was noted that the best case scenerio would be if the association was successful in getting the CFEP grant.

"We will be trying for the maximum allowable amount depending on regulations," said Boisvert, at the time.

Documents show broken lake retaining wall was Lac La Biche project
Jul 8, 2020 2:17 PM
Comments
We welcome your feedback and encourage you to share your thoughts. We ask that you be respectful of others and their points of view, refrain from personal attacks and stay on topic. To learn about our commenting policies and how we moderate, please read our Community Guidelines.