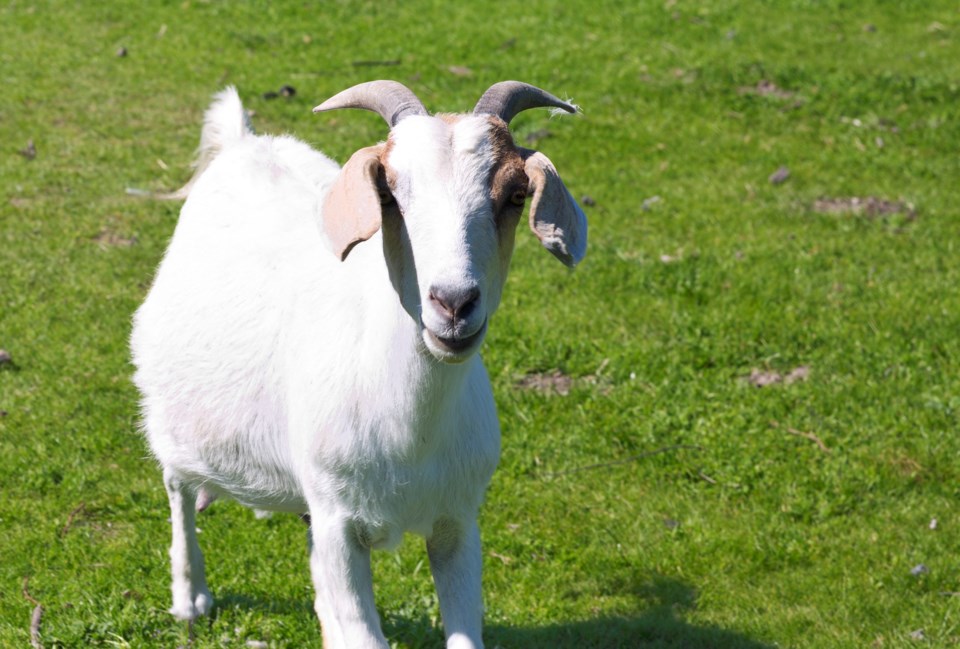 County of St. Paul council says okay to giving goats an opportunity to prove their worth by grazing county-owned land.

ST. PAUL - County of St. Paul council tackled a unique request from a property owner in Lafond looking to graze her goats on the old school grounds owned by the county.

Charmaine Cote described such an arrangement as being a win for both herself and the county. She lives adjacent to the lot so the additional grazing would benefit her animals while also serving to keep the school lot vegetation under control.

“Allowing me to graze the goats will keep the grass down and they will be able to get into areas larger machinery would otherwise not be able to access. This will also allow the county to save some money because they won’t have to pay employees and have the cost of running machinery to cut the area,” Cote noted in her proposal to the county which was discussed at the June 9 council meeting.

CAO Sheila Kitz said while the county-owned lot and Cote’s lot are zoned as General Urban, administration was recommending council approve the grazing of the property until the end of October on a trial basis. Under this zoning, no animals other than domestic pets and a maximum of six laying hens, can be kept on these parcels. Neighbouring lot owners would be informed of the intent and be provided time to comment prior to the trial beginning.

“We thought it might be an interesting trial for you to consider,” Kitz said, explaining it could determine if this land use would be appropriate as a discretionary use in General Urban zoning areas.

She also noted the grazing goats could save the county about $600 in mowing costs on that one lot.

Reeve Steve Upham said his only concern was that steps would have to be taken to protect the utility lines that exist on the site since “goats like to chew on most everything.”

Council gave its approval with the understanding that utility lines be protected and any damages incurred be at Cote’s expense.

Other municipalities have made use of goats to graze problem areas, including the City of Edmonton where the animals are being used to keep noxious weeds at bay.