“If these people leave, do you know how many people will be without family doctors? It will be in the thousands."
Sep 14, 2020 1:30 PM By: Clare Gauvreau 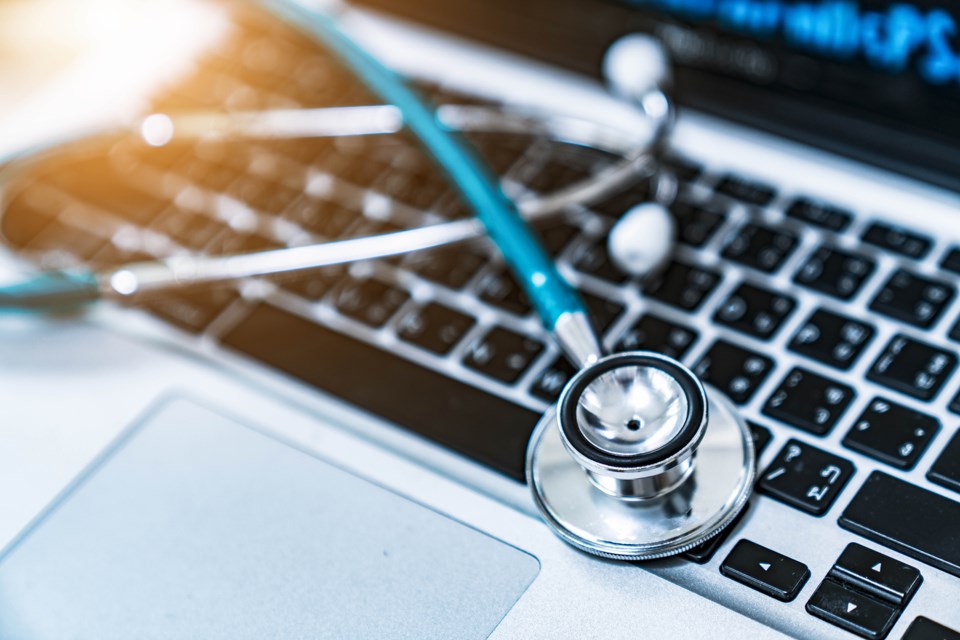 ST. PAUL - Three St. Paul doctors are delivering a bleak prognosis for health services in St. Paul and area citing the imminent departure of a local general surgeon will create a domino effect that will be difficult to reverse, including the fact that more doctors will also leave the community.

Dr. Noreen Botha, Dr. Nicole Cardinal and Dr. Greta Senekal said in an interview with LakelandTODAY.ca on Friday, the fallout from their colleague Dr. Iftikhar Ahmad’s decision to take up practice at the Cold Lake Health Centre has as a multi-layered effect that will leave no part of health service delivery at the local hospital untouched.

This is not something that happened overnight. Dr. Ahmad’s departure is a symptom of a greater problem stemming from the divide that exists between Alberta Health Services and the local medical community. They suggest it is naive to think that surgical services will continue at St. Therese Health Centre once the community’s only general surgeon leaves the building.

Doctors Botha, Cardinal and Senekal provided an insight as to how the dominos line up, explaining they are stepping outside their comfort zone to speak publicly because they say the community needs to know what is coming despite AHS’s assertions that nothing will change.

“We talk about that as physicians we are not very outspoken, and I think we are so busy just managing patient care, and our concern is our patients — but it is getting to the point where it is starting to affect that. If patients don’t know about that, then they don’t know what to be angry about it,” said Dr. Botha, who has been practicing in St. Paul since 2011.

For four years, medical staff at the hospital have been requesting improved after-hours emergency surgical services and increased medical device reprocessing (MDR) services, so that laparoscopic and endoscopic procedures can be done after 3 p.m. on week days and also on weekends. The request has been continually denied with a lack of funding cited.

Both Bonnyville and Cold Lake have after hours MDR even though local doctors have been told it is not funded for rural hospitals. This and other underlying operational decisions by AHS for the St. Paul hospital is a key reason Dr. Ahmad is making the move, and why the local medical community is growing increasingly frustrated, according to the doctors.

“Over the weekend, we have to send those patients out. Literally, it’s a five or 10 minute procedure … The ambulances you are taking out of circulation for more emergent matters and those ambulances get stuck there for hours. I don’t know what it costs to take an ambulance back forth . . . but you can’t pay somebody to come after hours to just come and clean the scope? It boggles my mind,” Dr. Botha said.

While AHS has indicated it is not currently recruiting for a replacement surgeon, Dr. Senekal, who has been in St. Paul since 2005, said the community need is very much in evidence. However, knowing that, she also believes it will be next to impossible to find someone given the current circumstances in the local facility.

“Because, if he doesn’t have enough OR access, especially with no after hours, who in his financial sound mind would come? Dr. Ahmad already left because of no further access.”

That’s the first domino and the one that triggers the whole effect. No general surgeon means no need for anesthetic services currently provided by Dr. Botha and Dr. C. Louw.

Dr. Botha said if there is no surgical hours, she will leave as she is first and foremost an anaesthetist. Another domino.

Dr. Botha maintains leaving is not something that she wants to do, but she says now she has to put her family first and with potentially no OR hours, there’s nothing to keep her here. They don’t know what Dr. Louw, whose husband is also a physician, will do but they can take a guess.

Recruitment for anaesthetists is difficult, even more so than for general practitioners, with more hoops to jump through. The majority of doctors in the region are from overseas and it’s generally a two to three year process to get them here.

“If three (doctors) go, recruitment is a time consuming thing. It doesn’t happen overnight and a GP anaesthetist – they don’t grow on every tenth tree even,” Dr. Senekal noted.

“If we don’t have surgery, we don’t have anesthetics and the only reason Dr. Abdulsalem came here was because he was going to do C-sections, so why would he stay?” Dr. Cardinal said of St. Paul’s newest recruit.

“If we are not here, they cannot have epidurals for delivery, they can’t have C-sections, so it means that the obstetrical program is going to be at risk,” Dr. Botha added

Gynecological and dental procedures requiring sedation would also not be available locally.

And the list continues, from sedation required to deal with a dislocated shoulder, pediatric cases needing extra support for such things as suturing, to cardiac arrest cases where a second doctor is needed to manage the airway.

“How many hours we’ve sat with a little one that’s born . . . we manage seven sometimes nine hours until a plane can come and pick this little one up to go to NICU (neonatal intensive care unit),” Botha explained.

The dominos keep lining up and as the doctors delve deeper into the potential fallout it becomes increasingly obvious that the “extremely critical” diagnosis they are delivering for health services in St. Paul needs the community’s attention.

“If the OR time is gone than nursing positions are gone,” Dr. Senekal said.

Dr. Cardinal, who has been at the local hospital since 2015, said the issues being talked about today are the same ones that were apparent when she started. Because procedures can’t be done after hours or on weekends, people who can wait until Monday for their surgery get admitted, taking up beds on the second floor. This in turn takes up beds needed for other patients and further backlogs the hospital, increases ER wait times and results in even more patient transfers out to available beds in Elk Point, Two Hills, Lac La Biche and Bonnyville.

“The hospital fundraises for this equipment. The community puts their own money so this equipment could be here and that’s not taken into consideration? It’s obvious the community wants these services here or else they wouldn’t be putting their money into it.”

Fear for the future

The frustration among the three is palpable as they express their fears for patient care in the months and years ahead in the community.

“I think they need to be aware that AHS is speaking with two tongues. They do not have the best interests of this community in mind in allowing all this kind of setup to even evolve to this point,” Dr. Senekal said.

“If these people leave, do you know how many people will be without family doctors? It will be in the thousands,” Dr. Cardinal said. With hospital privileges in St. Paul, Dr. Cardinal operates her clinic at Saddle Lake with a doctor from Two Hills and sees patients from as far away as Elk Point and Beaver Lake.

“They are here for the community and their patients,” she said of her colleagues. “We could leave Alberta, we could practice anywhere we want to. We are committed to this community and if the community loses services, they should know about that.”

Reduced medical staff also translates to a reduced number of doctors available to take ER shifts. Maintaining an average of 60 ER shifts in a month with limited staff is not sustainable.

“You are going to have them at either eight hours, or you’re going to close it – plain and simple.” Dr. Cardinal said. “We can’t do everything. We are tired, we are overworked, we have no time with our families and a lot of us have pulled back because of that – we’re tired.”

Rumours that AHS is planning to turn the St. Paul hospital into a regional psychiatric centre are also making the rounds in the medical community. For the past three years, there has been concern over the number of psychiatric patients brought to the St. Paul hospital for care, but without enough beds in the existing psych ward to accommodate them at times, these patients have often been placed in ER beds.

“I asked that in a meeting, because I told them it looks like you want to create St. Paul into a psychiatric hub. This is what it looks like, but they couldn’t give me an answer," Dr. Botha said.